Pensions Look Beyond Equities and Bonds

Fadi BouSamra, chief investment officer of the Metropolitan Government of Nashville, was prescient more than a half-decade ago when he allocated a portion of his $7 billion portfolio into alternative fixed-income investments. He foresaw that a conservative approach to investing would not suffice in the years immediately following the financial meltdown.

“Our investment approach is very appropriate and risk aware, making it a good fit for a pension plan,” he said. “We seek to make risk-aware investments and take advantage of opportunities presented to us due to the fact that we have long-term capital to invest.” 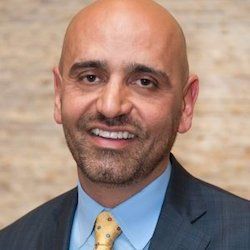 The typical pension plan is invested 58% in equities, and therefore deriving 85% or more of the risk from one risk factor, he notes. This would never be considered conservative except for the fact that everyone else is doing it.

“Plans like us run the risk of being labeled a maverick,” said BouSamra. “We manage the maverick risk by moving gradually and very cautiously, making sure we are building a track record of success that justified additional allocation.”

Ryan Bisch, who heads up the Canadian alternative asset program for consultancy Mercer, said that pension plans and other institutional investors are implementing investment programs in hedge funds, infrastructure and private equity.

“Alternatives as a collection of asset classes is something our clients have been interested in for a long time,” he said. “Particularly post-crisis, there was renewed interest in how to introduce additional diversification into their investment portfolios, and how to build robust portfolios that don’t just depend on traditional asset classes such as equities and bonds.”

Investors are at various stages of development with their alternative programs. In Canada, real estate and infrastructure tend to be the most common asset classes for institutional investors, said Bisch.

“Most recently our performance has exceeded expectations,” said BouSamra. “We went into our asset allocation with the understanding that if the market is going to go up 10% year in and year out we will underperform significantly. Clearly that has not been the case.”

Nashville Metro’s alternative fixed-income program was seeded with a $25 million investment in non-agency mortgages in December 2008. That investment tripled in value.

“The Investment Committee saw that it was prudent to find other opportunities instead of plowing the gains into stocks and bonds that were starting the look frothy with the help of QE,” said BouSamra.

“There’s so much liquidity in the world today that a lot of liquid fixed income is very low yielding. So the alternative fixed income is really things that can’t go into a mutual fund or, if they can, they can only be put in there in a limited amount,” he added.

For Metro Nashville, the alternative fixed income vehicle of choice is the private loan. The ideal loan would be secured with a real asset–for example, oil fields in Texas that are producing or verified to go into production.

“They may be cash flow negative, so they borrow money, but eventually they’re going to produce the oil and they’re going to pay back the loan,” said BouSamra. “Ideally, you take that loan element with a nice 10% yield, plus you get some upside participation with the business as a bonus.”