Pimco Wary of Non-Derivatives In Libor

Pimco said the players and strategies are now in place to transition to new reference interest rates but one of the fixed income asset manager’s largest concerns is the handling of non-derivative contracts such as legacy securities or loans.

There have been a series of scandals regarding investment banks manipulating the Libor interest rate for their own benefit, which resulted in regulatory penalties of around $10bn (€8.5bn). As a result the index is being retired in 2021. In the UK Libor is being replaced by Sonia, the sterling overnight index average, which is based on actual transactions. In the US, the largest derivatives market in the world will transition to SOFR, the secured overnight financing rate. 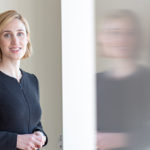 Courtney Garcia, portfolio risk manager, and Jerome Schneider, head of short-term portfolio management and funding, at Pimco said in a blog: “For American football enthusiasts, it’s akin to choosing and preparing a backup quarterback to take the leading role as a longtime veteran is about to retire.”

Chris Turner, analyst at German investment bank Berenberg, has estimated in a report that $30 trillion of assets are benchmarked against sterling Libor. In order to transition to new reference rates the market has begun to develop products such as futures and benchmark bonds have been issued.

“In the past year we’ve seen encouraging regulatory and industry-sponsored developments and practical initiatives to support liquidity in alternative rates,” said Pimco. “It won’t be easy and many key risks remain, but we believe the players and strategies are now in place to transition markets beyond Libor.”

Lloyds Banking Group has this week become the first lender to price a Sonia bond. In June the European Investment Bank printed the market’s first Sonia benchmark with a £1bn ($1.3bn) five-year bond.

Pimco added that  continued issuance in notes that reference SOFR should help build market confidence in the US and drive investor demand for hedging in derivative markets. For example, issuers of short-dated instruments such as money market tranches should issue inaugural SOFR-based instruments to test market pricing.

However, the fund manager noted that one of its largest concerns is the handling of non-derivative legacy securities or loans such as agency adjustable-rate mortgages, asset-backed securities and corporate floating-rate notes. 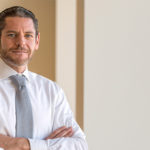 “In most cases, investor consent is required to make changes that would have a material effect on any interest rate calculation,” added Garcia and Schneider. “Although recent new issues have included disclosures highlighting the risks to Libor continuing in the future, they often provide expansive flexibility and discretion – leaving investors at the mercy of the issuer’s judgment.”

The blog continued that it is imperative that investors assess and manage the risks associated with legacy positions, while having an eye on the future of SOFR.

“Furthermore, we suggest that investors proactively advocate for and collaborate with issuers, securitization firms and other members of the industry to propose replacement or fallback language for non-derivative contracts in order to reduce the risk of disruption when Libor is discontinued,” said Pimco.

In a further move to help the market transition from Libor, interdealer broker TP Icap has launched two data packages for derivatives linked to SOFR. The two data products are sourced from the separate liquidity pools from Tullett Prebon and Icap, TP Icap’s competing broking businesses.

Eric Sinclair, chief executive of TP Icap’s data & analytics division, said in a statement that the products are being launched because signs are pointing to the emergence of a robust market.

“After Tullett Prebon arranged and executed the first SOFR v Fed Funds basis swap in July, both businesses have seen an uptick in volumes as institutions interested in the USD interest rate swap market begin to prepare for an upswing in these trades,” he added.

Last month a Bank of England committee also said it was setting up a working group to engage with technology and infrastructure providers to ensure that the industry will be operationally ready for the transition to new reference interest rates.

The committee agreed that the next meeting in September will consider fallbacks for syndicated loans which use Sonia as a reference rate, as well as draft conventions for referencing Sonia compounded over the interest period in loan agreements.

The Bank of England’s next meeting will also include a presentation on the consultation on the transition to new reference rates from ISDA, the derivatives market trade association.