Exchanges and Finra have adopted rule changes which lift restrictions on position limits on options on the SPDR S&P 500 ETF (SPY). In 2012, NYSE Amex Options was the first exchange to file for and receive approval to eliminate position and exercise limits for SPY options. Subsequently, other exchanges and Finra have amended their rules governing SPY position and exercise limits.

“This is great news for everyone,” said Steve Crutchfield, CEO of NYSE Amex Options. “In August 2012, we, Amex, were the first options exchange to file for, and ultimately be approved, to eliminate position limits in SPY.”

Position limits prescribe the maximum position that an entity can have in a given class of options. Historically, there were a number of broad-based proprietary indexed products like SPX, which only trades on CBOE, and cash index products like NDX and one or two others that did not have position limits. But the ETF option classes, which trade on all markets, such as SPY, had position limits of up to but no more than 900,000 contracts. 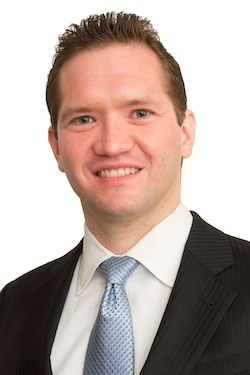 “A large institution that wanted options exposure to the S&P 500 had to trade a proprietary index and potentially pay some high exchange fees to do so,” Crutchfield said. “If they wanted to take a big position, they were precluded by position limits from trading an equivalent product like SPY which trades across multiple markets. On the Amex platform, we never charged customer fees to trade SPY options.”

SPY is the most liquid options contract, accounting for about 12% of all options trading volume, making it a logical candidate for elimination of position limits. NYSE Amex Options is lifting the position limit on a pilot basis, until December 15, 2014. “Our thinking is to evaluate the pilot, provide data to the SEC, and assuming all goes well, we would be interested in expanding this to ETFs on other broad-based indexes like IWM, QQQ and similar products,” Crutchfield said.

In addition to the position limits pilot, NYSE Amex Options is focused on broadening its offerings around auctions and the complex order book. “We submitted a rule filing to the SEC to launch electronic price improvement options for customers, which pending approval we hope will be operative within the next two to three months,” Crutchfield said. “That’s our primary focus right now. In addition, we have technology changes on tap for the end of the first quarter to greatly enhance our complex order book functionality by offering additional order types like cancel/replace, all or none, etc. to make our complex order book a comprehensive platform for execution of multilegged trades.”