Securities trading has been mostly electronic for years, and algorithms and automation continue to expand their utility on institutional desks.

But like a residential street that suddenly goes from new construction to dated split-level homes, modernization in the trade lifecycle sometimes ends at execution.

“When you step into the post-trade process of fund allocation and then confirming and affirming those fund allocations with your counterparty, large quantities of trades are being handled manually, through spreadsheets, re-keying and e-mail transfer,” said David Pearson, head of post-trade strategy at Fidessa. “The information and data which is captured in the front office does not persist electronically through the post-trade process, which is not acceptable in today’s environment.”

As Pearson explained, trading and investing firms are exposed to operational risk via post-trade in two ways: dependencies on a single supplier, and errors that arise from manual processes.

“When the head of investment operations at a buy-side asks about resiliency to any single point of failure, or recovery from issues and errors in the operational process or technology stack, dependencies on particular suppliers and systems stand out,” Pearson said. “So there is a focus on ensuring the continuity of business and removing these single dependency lines.”

The automation shortfall “is a particular problem when you move into a whole range of asset classes away from equities – corporate bonds, repos, rates, money markets, FX,” Pearson continued. “So much of that process relies on people, and that involvement in dealing with the day-to-day process is a big operational risk.”

Cost is also a major concern in post-trade, as without an electronic process, there are costs and inefficiencies associated with managing a team of people to do the work, as well as “the cost of getting things wrong before you get them right,” according to Pearson. Both heads of investment operations on the buy side and middle-office operations managers on the sell side face these post-trade workflow challenges, he added. 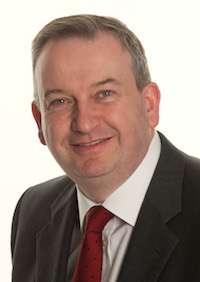 For middle- and back-office professionals, key themes include staying updated on trade-settlement processes and  instructions, increasing efficiency, and preparing for U.S. equities to settle two days after a trade, rather than three.

“The move to T+2 in Europe was fairly smooth overall, so there’s a positive outlook for the U.S. to make the move,” said Kelly Branco, vice president of middle office and operations at Tremblant Capital, a hedge fund that specializes in long-only and long-short equity investing. “I think everyone has adjusted to the change in settlement — now there needs to be a continued focus on increasing efficiencies in the process.”

In Branco’s view, equities are a comparatively efficient asset class in terms of post-trade; financial instruments that historically have traded via private telephone negotiations is where there’s the most room for improvement. “There tends to be more manual processes with over-the-counter products,” she said. “For a broker, any way that booking, settling and matching could be automated would probably be the best area to focus on from an efficiency perspective.”

Regulators in the U.S. and Europe are pushing many OTC products onto exchange trading with central clearing, so in addition to inefficiencies, there are also moving pieces in post-trade.

“Instructions are being updated, so it’s important to really be on top of that and communicate that across the board,” Branco said. “You have to catch the little things such as settlement-instruction differences early on, so they don’t cause an issue like a timing difference in delivery and settlement.”

Pearson of Fidessa said a critical nuance to post-trade is recognizing the difference between effective and efficient. “Many firms are very effective at managing the process. You have to get your trade ready to settle or ready to clear, otherwise the business isn’t done,” he said. “But when you step back and count the cost of managing that, you couldn’t say that you were genuinely efficient.”

“Operations people might say ‘Our fail rate is 0.3% of trade flow, therefore we’re very efficient.’ But the argument here is, how many people do you have to throw at the problem to keep your fail rate down to 0.3%?” Pearson added. “The answer is quite a lot. So they’ve got a very effective process, but it’s not efficient. It’s a manually intensive process, which was okay for yesterday but is not okay for tomorrow.”