Post-Trade on Cusp of Revolution

Financial technology firms are saying the industry is on the brink of a revolution in post-trade as they provide automation and increased transparency.

Jerome Kemp, the new president of Baton Systems, spoke on a panel at FIA’s International Derivatives Expo in London. He said: “We are on the cusp of a revolution in post-trade space.”

Baton Systems has built a network using distributed ledger technology to automate the end-to-end collateral workflow for derivatives. Kemp said the firm allows clients to see margin movements in real-time and gain more visibility into the availability of eligible collateral.

“We provide transparency, automation and visibility and overlay them with processes that allow clients to optimize the overall efficiency of the collateral for margin requirements,” added Kemp. 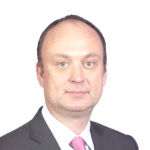 Alex Knight, head of global sales & EMEA of Baton Systems, told Markets Media that the movement of collateral may well be right at a point in time but as interest rates or collateral usage fees change, then that could be wrong.

“A number of the large firms that we talk to say it’s not set and forget,  but it’s set and then review, set and then review again,” Knight added. “We can be very helpful by continuously providing the real-time intelligence to finesse the ongoing management of that portfolio of collateral.”

Baton is bringing new functional modules for areas such as reporting and analysis; and new rules and workflows which will allow for automated optimization of collateral.

“We have got a pretty aggressive rollout schedule for more CCPs for the rest of the year, which has been led by our customers who want us to continue to increase the scale of this network,” said Knight.

In May Baton integrated with LCH, the London Stock Exchange’s clearing house to automate the end-to-end collateral workflow for derivatives participants. ICE Clear Europe the fifth global CCP available on the Baton network in August.

In January this year Baton entered into a partnership to combine its payments infrastructure with Cobalt, the foreign exchange and digital asset infrastructure provider, to provide a seamless end-to-end FX settlement solution. Kemp said market participants want to significantly reduce their credit exposure to settlement cycles which are dictated by structures that were created in the latter part of the 20th century.

“We are applying 21st century distributed ledger technology to  empower our clients’ operating nodes to set up and settle bilaterally with their selected counterparties across currency pairs in real-time,” he added.

Knight said the firm is looking at the ongoing evolution of its shared permission ledger across FX settlements,  across inter-affiliate settlements.

“These are really important ways to deploy our smart workflows and our domain models across different use cases with different customers,” said Knight.

We're delighted to announce that William Coen has joined Baton Systems as a Senior Advisor pic.twitter.com/qE7aaBK6wh

Coen told Markets Media that over the last several years he was intensely focused on capital adequacy, liquidity standards, risk management, data governance, and had done work with the Basel Committee on FX settlement risk.

“I was attracted by Baton’s risk reduction capabilities and particularly for the global systemically important banks in managing their collateral,” he added. “This role ticks many boxes as an opportunity to take advantage of available technology to improve operational efficiencies.”

Another attraction is that at Baton the focus is on solving real-world problems with the application of technology, rather than the academic or theoretical.

Regulators have been phasing in Uncleared Margin Rules (UMR) since 2008 to reform the over-the-counter derivatives market following the global financial crisis. Coen said the rules have gone very well and from a regulatory perspective were really important for firms’ specific safety and soundness, but also market stability.

“In addition to the margin rules, the work that the Basel Committee and others have done around banks’ exposures to CCPs and the effectiveness of CCP management has improved dramatically over the last couple of years,” added Coen.

As a result there should be a focus on encouraging more transactions to be centrally cleared as the operation of CCPs in the uncleared margin rules has made the whole process more robust and rigorous.