The post-execution life cycle of a U.S. equity trade is getting shorter. That’s a big deal for trading and investing firms and the brokers and technology firms that handle their business.

The paring of trade settlement from three days to two will reduce risk, streamline processes, and align the U.S. post-trade system with its European counterpart, which moved to T+2 last year. It will also bring costs and challenges to the industry, as the task of moving from here to there by the end of the third quarter of 2017 is a significant one.

There may be differing opinions regarding the brass tacks of the transition, but there is a general consensus that the U.S. post-trade process is dated, and the three-day settlement period — in an electronic era of real-time information and communication — is symptomatic of the obsolescence.

“Imagine if you bought something from Amazon and it took you three days before you knew whether you’d actually bought it or not,” said Steve Grob, director of group strategy at Fidessa. “There’s a real movement of firms saying, there must be a simpler way of doing this.” 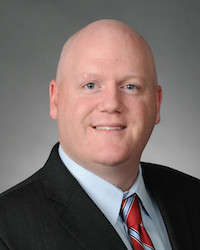 In an April 2014 whitepaper, Depository Trust & Clearing Corp. recommended the trade-settlement cycle for equities and corporate and municipal bonds move to T+2, and then subsequently to T+1. DTCC noted that a 2001 industry initiative to move to T+1 failed, but it’s an opportune time to try again.

In 2012, Boston Consulting Group estimated a move to T+2 would cost the financial-services industry about $550 million, and it would take about three years. The DTCC concluded the reduction in counterparty risk exposure and operational risk, along with an enhanced ability for firms to optimize their capital, outweighed the costs of the move.

Mutual-fund companies are staying abreast of the move to T+2, said Ryan Burns, relationship manager at Northern Trust Global Fund Services, which provides custodial and fund-administration services. “There is some proactive communication and interest on this topic,” Burns told Markets Media. “They’re positive about alignment with what has happened across the broader European market.”

“Our mutual fund clients are monitoring the situation, and also looking for perspective, from both providers like Northern Trust and the broker community and the DTCC, to pull together what this really means for them,” Burns said. “If you reduce settlement risk and shorten the cycle so that trade settlement occurs quicker, cash will be more readily available for the funds to invest. There will be benefits for the funds and also brokers.”

The upshot of moving to T+2 is essentially a one-third reduction in the risk that a trade won’t happen. Risk is typically reduced in more incremental measures, but as post-trade is back office, the move isn’t getting as much attention as may be warranted. “T+2 is probably one of the most unremarked-upon initiatives to reduce systemic risk in our industry,” Grob said.

T+2 is part of a broader effort to modernize and streamline the back office, whose level of automation has fallen well behind the front office. Sell-side broker-dealers’ “costs are still too high,” Grob said. “That has firms saying ‘We’re going to have to look at post-trade. We never really wanted to because it’s unglamorous, it’s complex. We know it’s old and we know it’s a mess.”

From the buy-side perspective, Grob said the trade affirmation/confirmation ‘breakage’ rate is sufficiently low, in the low single digits on a percentage basis. It’s the cost to achieve that level of efficiency that’s troublesome, and is leading market participants to look for a better mousetrap.

“We’re seeing some big-name firms saying, ‘Why can’t I use the FIX infrastructure that I used to send the orders out in the first place, to do affirmation/confirmation processing?’,” Grob said. “That creates all sorts of efficiencies, not just because it’s cheaper, but because you’re now following the natural direction of the work flow, from the front office through to the middle and back offices.”