Mack Gill, chief operating officer of Torstone Technology, which provides post-trade securities and derivatives processing, said financial firms are realising their legacy systems are not agile enough to support interoperability across new market infrastructures, including those that will use distributed ledger technology. 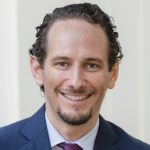 He told Markets Media: “There is so much change taking place across the post-trade space. Firms taking a five-year view realise there is a generational change and their system needs to be sufficiently agile to support interoperability across market infrastructures, including the new world of DLT venues.”

One indication of the change in post-trade is the announcement of the acquisition of NEX Group, the UK firm focusing on electronic trading and post-trade technology, by US futures exchange CME Group.

Torstone’s Inferno platform was designed to work globally across asset classes within KBC Group before a management buy-out of the software and the development/support team from the bank. As a result Inferno has been widely deployed and proven to support highly complex, structured derivatives as well as high-volume products. The real-time, event-driven platform was designed to enable firms to achieve high rates of straight through processing.

Gill added: “One advantage of Inferno is that it enables post-trade processing of multiple asset classes and enables firms to leverage data across the whole enterprise.” 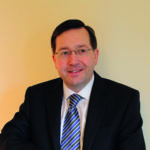 Brian Collings, chief executive of Torstone highlighted that it had been challenging for firms with legacy platforms and poor data to implement MiFID II, the regulations that came into force in the European Union in January this year.

“There is now more focus on how the business has been affected by the implementation and on future growth,” added Collings. “The next wave over six to 12 months will focus on assessing the quality of data being reported.”

Regulatory reporting is the post-trade process that causes the most pain according to a new report from consultancy Aite Group, The Post-Trade Landscape: Infrastructures, Mega-Vendors, and So-Called Utilities.

Virginie O’Shea, Aite Group research director, said in the report that regulators will increase the financial penalties for poor reporting this year and early next year. 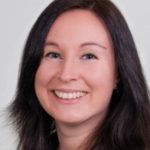 “More and more firms are looking to reassess their manner of reporting in order to bring down costs and simplify operational processes—centralization programs are likely to prove popular in this effort, though progress toward full rollout is likely to be slow,” she added. “This year is likely to see more firms, especially top-tier firms, move in this direction.”

O’Shea said the central securities depository and settlement infrastructure landscape has been rather static over the past couple of decades. She added: “The last few years, however, have seen much change in Europe, and this is likely to continue in 2018.”

Collings continued that firms are looking to have a single source of data to meet the explosion in connectivity, and this has become a tipping point in moving away from legacy platforms now that MiFID II has gone live.

“Artificial intelligence and blockchain will be transformative but cannot be used with legacy platforms underpinning poor data quality,” he added.

As a result Torstone has formed a partnership with Cognizant Consulting to help expand more rapidly around the globe.

Gill added: “Cognizant has a new robotic automation tool to track straight through processing and document the internal workflow which smoothes implementation.”

Collings said: “We will continue to focus on our product but we are looking at partnerships to help implementations as we expand our services.”

At the start of this year Torstone entered the Norwegian market by connecting Inferno to VPS, the country’s central securities depository. At the request of a market participant, VPS had a joint venture with Torstone testing the connectivity to meet the requirements for the Norwegian market.

VPS said in a statement: “We were pleased with the results of the initial testing phase of the implementation and are looking forward to continuing working with Torstone as the project evolves.”