The U.K., a non-participating nation in Europe’s financial transaction tax scheme, is looking to raise a legal challenge against the controversial levy and potentially consign it to the scrapheap.

This latest move is ratcheting up the pressure on the proposals, which are set to be adopted from January 2014 in 11 of the 27 EU member states. And cracks may also be beginning to appear from within as it has been reported that dividing lines are emerging among the 11 participants—which include Germany, France, Italy and Spain—over the scope of the proposals as well as possible exemptions and implementation timelines.

The City of London is Europe’s premier financial hub and is vehemently against the levy, which is set to creep across borders and into non-participating nations due to the ‘issuer principle’ of the tax whereby if a trade has been issued in one of the 11 participating countries then regardless of where it is then traded—be that in London, New York or Tokyo, for instance, all places that were not meant to be covered by its remit—the trade will be still hit by the tax.

In a letter dated March 26 to MP Greg Clark, the Financial Secretary to the Treasury, the House of Lords’ European Union Committee has said that there is a case for a legal challenge as, despite European Commission denials, U.K. authorities may be required to collect the FTT off London-based financial institutions. This revenue could then be used to reduce the EU budget contributions of the participating member states, thus falling foul of legal requirements.

“We are highly alarmed that so little attention has been given to the potential impact of an FTT on non-participating member states such as the U.K.,” said Lord Harrison, chairman of the House of Lords EU sub-committee on economic and financial affairs.

“The failure to give the proposals proper scrutiny seems to have afflicted government, the European Commission and the financial sector alike. Although the Commission denies it, it is our view that U.K. authorities will be under an obligation to collect the tax. The Commission has a duty to defend the interests of all 27 member states, not just those who wish to participate, and the prospect of legal action against the use of the ‘enhanced co-operation procedure’ now looms.

“But just as unforgiveable is the complacency shown by both Whitehall and the City. Some in London appear to hope that by closing their eyes to the proposal it will go away. Yet the recent introduction of FTTs in France and Italy shows that political momentum is growing. The Commission’s economic modeling has again been criticized, but a negative impact on economic growth is surely inevitable. The U.K. urgently needs to engage with EU partners and get to grips with what the FTT could mean not only for the City and the financial services industry, but for the U.K. and the EU as a whole.” 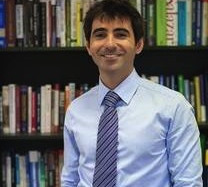 France, Italy and Hungary have already adopted their own nation-wide schemes ahead of the 11 nation plans but many market participants in Europe, especially on the buy side, are extremely fearful of the measures.

Subject to final ratification by the 11 participating nations, there is likely to be a 0.1% tax imposed on all buyers and sellers of share and bond transactions issued in the participating areas and a 0.01% levy on derivatives trades.

“The FTT will be the main theme of the year in Europe,” said Ricardo Arroja, chief investment officer of Pedro Arroja, a Portuguese-based investment manager. Portugal is one of the 11 EU nations to sign up to the FTT proposals. “Strategies with high-frequency pattern in their trading will be especially impacted by the FTT.”