There are fewer large buyers and sellers in institutional bond markets these days, as tightening regulation has discouraged trading. But for Knight BondPoint and some other electronic venues in the business of making bond trades more efficient, fixed income remains a growth area.

“We are focusing on empowering market participants in new ways, leading to new liquidity on our platform and then also focusing heavily on how this liquidity can interact,” said Marshall Nicholson, president of Knight BondPoint. The objective is “to provide a better, faster and more robust trading experience for our client base,” he said. 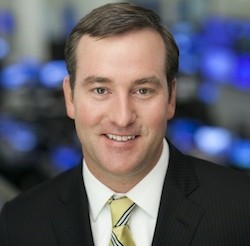 That client base spans more than 400 financial institutions, mainly sell-side broker dealers and buy-side institutional investors. The BondPoint platform displays more than 200,000 executable bids and offers each day, and transaction volume has increased 12% from year-ago levels, according to Nicholson.

A unit of Jersey City, New Jersey-based Knight Capital Group, Knight BondPoint specializes in odd-lot and micro trades in some of the less liquid sectors of the bond market – corporates, municipals, and agencies. The firm has gained from the broad tailwind of more market participants eschewing the phone in favor of the screen.

“We’re seeing continued adoption of electronic trading, so perhaps a firm that had not embraced the electronic world is coming around and now willing to post prices on an (alternative trading system) such as BondPoint,” Nicholson told Markets Media. “Because the banks are somewhat balance-sheet constrained and not committing capital like they used to, there are new players in the market who are willing to provide liquidity – these may be non-bank and regional broker dealers, and maybe some hedge funds.”

Liquidity on BondPoint has increased by about 25% from last year, said Bill Vulpis, managing director at Knight BondPoint. “From a trend perspective, it’s dealers and traders being more willing to make two-sided markets.”

Trade Reporting and Compliance Engine (Trace) data for corporate bonds currently show an approximate 50-50 split between buy and sell orders, compared with 60-40 one year ago, Vulpis noted. “More people are willing to make markets on the sell side,” he said. “The two-sided markets that are being posted are creating efficiencies, at least through platforms like ours and some of the other (electronic communication networks) and ATSs which combine firm, quoted markets and (request for quote) functionality.”

Market participants say there are structural aspects to the bond market that will limit its ultimate ‘electronification’, such as a comparative lack of standardization and a vast number of highly illiquid issues. At the same time, the ceiling is well higher than current levels, which is reflected in the recent amount of corporate activity in electronic bond-trading: BlackRock, Goldman Sachs, Morgan Stanley, and Nasdaq are among Wall Street giants that have ongoing forays into the space, and industry players such as MarketAxess and MTS have made announcements as well.

Vulpis noted some of the session-based trading and buy-side crossing venues have gained “limited” traction; for its part, BondPoint remains focused on helping customers achieve the best execution for their trades. “Ease of execution, finding liquidity, and how to bring liquidity together — this is where some of the aggregators in the space have been successful,” he said. “Aggregating various liquidity pools and helping market participants make trading decisions with more price transparency.”

Trades on Knight BondPoint execute in 15 seconds on average, down from 18 seconds last year. About 98% of orders are filled, little changed from 2012. Nicholson indicated the platform is benefiting from the trend of smaller order sizes.

“If you look at Trace data, online trading is continuously growing and as a result you’re starting to see interest in different trading protocols,” Nicholson said. “So whereas in the past institutional investors mainly traded through RFQs, because trade sizes are smaller they’re willing to not just trade on a RFQ protocol, but they have an appreciation and affinity for live, executable prices.”

BondPoint has increased market share in its core retail-broker business to almost 16% as of May, up about 1.5 percentage point from a year ago, Vulpis said.

“In the institutional and international spaces, we are investing heavily in a central limit order book for all clients,” Vulpis said. “Today it’s pretty much a marketplace where offering dealers or liquidity providers answer RFQs; we have heard from clients and we see the marketplace developing where there’s a need for a CLOB in which retail or institutional clients can place resting limit orders.”

“Those resting limit orders will appear in the marketplace as liquidity and interact with the rest of the marketplace, which today exists in equities but not in fixed income,” Vulpis continued. “We’re developing various ways to get in front of the institutional client.”

As an additional means of expansion, BondPoint aims to do more business with the providers of order management systems that are getting more involved with fixed income.

“We’re seeing OMSs look to take in liquidity or market data for their clients to make trading decisions directly from their front ends,” Nicholson said. “We see ourselves participating in the market by providing some of the third-party vendors who are entrenched in the space and helping them provide ease of execution and cost effectiveness on the micro-lot and odd-lot space, for both institutional and international clients.”