Facebook’s post-earnings bloodbath amounted to the biggest one-day loss of market value by a single company in U.S. stock market history and possibly affect the rest of technology stocks. 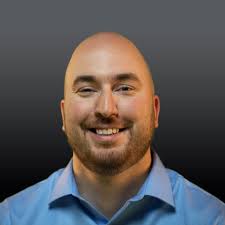 Some analysts say the stock will be just fine. Bruce Tynan spoke with Traders Magazine and shed some light on the future of Facebook and the rest of the FAANG stocks:

“There has been a lot of concern regarding the valuations of the technology sector this year. Especially when you consider the high P/E ratios and low earnings per share. Year-to-date, the NASDAQ is up over 13%, while the Dow Jones and S&P 500 remain relatively flat,” he said. “Nothing has been bolstering the tech sector more than the FAANG Stocks (Facebook, Apple, Amazon, Netflix, Google).”

Facebook’s 20% single day lost is the worst daily lost on record. Tynan added that it is not only the result of a low quarterly earnings report, but slowing user growth, and a weaker-than-expected outlook for future revenues (the outlook for future revenues has changed ever since Facebook has tweaked its business model regarding Cambridge Analytica).

“Despite these facts, I do not believe that the Facebook stumble will affect the other tech business out there. Facebook is a unique company that operates in a different market space than the remaining FAANGS,” Tynan explained. “Although Facebook and Google control much of the growing online advertisement space, Facebook is still very driven by user subscription growth. Subscription growth has justified its stock valuations in the past and I believe that it is the biggest contributing factor to today’s sell-off.”

Lastly, Tynan said there are enough barriers-of-entry to protect the remaining FAANGs and technology sector as a whole from a Facebook driven sell-off. “I would not be too concerned about the health of all technology sector in the short-run.”