For trading firms looking to gain a transatlantic speed advantage, there’s a new name in the field of connectivity providers.

Raft Technologies can transmit trades from Chicago to London in 29.6 milliseconds, and Chicago to Frankfurt in 31.4 ms. Both one-way times are four ms better than incumbent systems, Raft executives say. 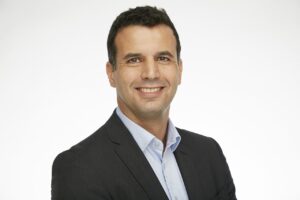 “We deliver a huge latency advantage,” said Haim Ben Ami, Raft CEO. “This is the new benchmark for latency between exchanges.”

The key is its shortwave technology, which is faster than fiber-optic cable. As Raft explained, light travels about 300,000 kilometers per second over air, compared with 200,000 km/sec through glass or plastic fiber. This is due to electromagnetic light and particle friction in fiber. And, shortwaves travel in a straight line, while fiber sometimes doesn’t, due to mountains or subsea terrain.

One millisecond is one-one thousandth of a second; by way of reference, a blink of an eye takes an estimated 300 to 400 milliseconds. Four ms doesn’t sound like much, but for an algorithmic or arbitrage trader who depends on speed, it can mean getting a trade executed at the right price — or being the quickest to get out of the way.

“In market making, sometimes you want to cancel orders and not trade,” Ben Ami said. “You need an advantage in latency for this.”

Raft was founded in 2013. The first step for the company was a proof of concept that proved shortwave technology worked for trading; the firm then designed and built a modem tailored specifically for its business, constructed a system with unique antennas, and arranged necessary licensing and siting. Raft commenced operations in 2018.

Raft’s research and development operations are in Tel Aviv, and the firm’s 25 employees are also located in the U.K., German, Brazil, the U.S., and Japan.

Ben Ami, a reserve major and flight instructor for the Israeli Air Force, said Raft is the only company in the world offering shortwave technology as a service. He declined to provide customer or revenue numbers, but he said customers include small proprietary trading firms and larger high-frequency trading companies, and Raft is establishing partnerships with sell-side brokers, exchange operators, and providers of microwave trading technology.

As for the curious company name, Ben Ami said the firm was in stealth mode when it launched; the founders chose a random name that had no connection to trading, and the Raft Technologies name stuck.

Going forward, Raft is building a Chicago-Tokyo connection that will offer an eight-millisecond speed advantage when completed in September, Ben Ami said. Then a New York-London route for FX will be next. The privately held company hired Rosenblatt Securities to manage its next funding round, which it expects to complete this fall.

“Our vision is to become a global provider of long-distance connectivity between exchanges,” Ben Ami said. “Shortwave is where the market is going. It’s no longer a question of if people will use the technology, it’s a question of when.”