Rally Not Over, But Shift Out of Low Beta Stocks Is Indicated

Despite the run-up in equities, there are still opportunities in selective sectors such as financial services and technology, as well as U.S. multinationals, according to analysts at BofA Merrill Lynch.

“The market is fairly valued but we could see upside over the next 12 months,” said Savita Subramanian, head of U.S. equity and quantitative strategy at BaML Global Research, at a press briefing on Wednesday. “Our price target for the S&P 500 is 1,600 at year end.” 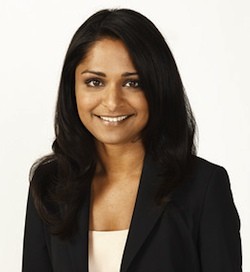 The most bullish signal is the contrarian Sell Side Indicator, which is based on the average of equity allocation of analysts at the Wall Street, at the end of the month, and which measures the bullishness and bearishness of the stock analysts.

“It is a very reliable contrarian indicator,” said Subramanian. “Strategists are recommending that less than half of portfolio allocations should be in equities, so the sentiment is fairly pessimistic, which means a buy signal for equities.”

However, while BaML is still overweight in equities, Subramanian says “we are at the inflection point for a dramatic reversal in some strategies.”

The most “out of consensus” shift will be away from U.S.-centric stocks “to the more beaten-down multinational companies in U.S. markets,” said Subramanian. “The valuation for U.S. multinationals is the lowest relative to domestics that we’ve ever seen.”

BaML’s current view is long on equities, real estate and U.S. dollar, underweight on bonds and cash, and neutral on commodities, said Michael Hartnett, chief investment strategist at BaML Global Research. Regionally, it’s overweight the United States, Europe and Japan, and underweight Asia and emerging markets. Its favorite sector globally is banking and insurance, which have been the best performing sector over the past 18 months, according to Hartnett.

BaML’s view is based on two core convictions. One is that “we continue to inhabit a high liquidity, low growth world,” Hartnett said. The second is the Great Rotation, or the idea “that we are moving from the New Normal back to the Old Normal, i.e. we will see a normalization of the economy, interest rates and asset allocation.”

Subramanian said there has been a “fundamental mispricing of risk in equities markets, in which a low beta bubble has been building over last several years.”

This low-beta bubble, or bias toward stocks that are viewed as not correlated to the broader market, has resulted in a concentration of assets in income oriented and low volatility funds. “By our lights, we could be in the process of seeing this bubble unwind,” said Subramanian. “We are starting to see stretched valuations between stocks that are low beta versus higher beta. Low beta stocks are selling at the most extreme valuations to high beta stocks in the last 25 years.”

This favoring of lower volatility over deep value stocks is ignoring the fact that “high beta stocks have a high degree of earnings stability, whereas low-beta stocks like utilities sand telecom have earnings volatility,” Subramanian said.

Technology could be the next high quality sector, as investors shift from high dividend yield to “growing” dividend yield, she said. “There’s a much higher probability of losing money in high dividend paying stocks, as opposed to stocks that can participate in cyclical growth.”