Realizing the Potential of Algo Wheels 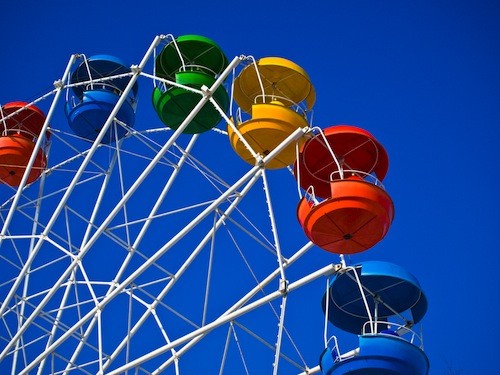 Even though algo wheels have been around for five years and their adoption is now near universal, few are using them beyond the simplest of use cases, such as managing commission wallets or dealing with ‘nuisance’ orders.

The slow path to realizing the full potential of algo wheels was the main topic of discussion at the July 15 FIX Trading Community FIXinar on the “Evolution of OMS/EMS for Equities.”

The speakers observed that while the industry has now adopted algo wheels to address the low-hanging fruit of making traders’ jobs easier, it has barely begun to use them to solve the more complex problems of weaving back in performance data and intraday data versus historic data and adjusting and changing orders on an intra-day basis.

One speaker likened algo wheels to Covid-19 vaccines: their development has been completed, but convincing a broad population to use them in a useful and impactful way is proving a much more time-consuming and effort-intensive process.

Capital Group is among the algo wheel users who are tentatively deploying them on larger orders. Speaking at the FIXinar, Amol Topkar, an Application Development Manager at the firm, explained: “Because we are more conservative, we took a cautious approach. We began with our small orders, representing less than 1% of ADV. As we saw better results, we were encouraged to add more volume and bigger orders to the wheel. Now, the flow that we have been able to engage through this automated tool has been growing exponentially.”

To date, however, it has mostly been the nuisance orders that Capital Group has routed through its algo wheel. “I would say 80% of our orders would be nuisance orders, 20% is the real meat of it. By using the algo wheel, we wanted to give some time back to traders to engage in their work.”

The speakers noted that algo wheels have increased dialogue between the buy-side and sell-side by freeing up time to have conversations rather than being stuck in orders. Algo wheels also provide a convenient way to test out a new provider that a firm may wish to add to its electronic platform. Moreover, when algo wheels are used for automation, they can eliminate the randomness of sending orders to providers.

Another common observation was that contrary to the notion that automation reduces the need for traders, it actually just changes the need for traders. Trading becomes more about driving performance than knowing every hot key on the keyboard. And deals become sharper because the process becomes more about ensuring the data being used is correct and free of bias, rather than executing trades while looking at a benchmark on the screen.

Although a lot of decision making in buy-side trading still does not have a clear process behind it, that will gradually change on the back of all that data. “Until now, everything was done based on existing trader relationships. This was our first foray to a place where we can objectively figure out which broker stands out relative to others. The analytics part is definitely going to be helpful in that regard,” said Topkar.

But Capital Group will remain cautious and gradual in its approach to using data to drive more automation. “It will take time. The reason for that is basically collecting data. We want to give ourselves enough time so we can understand which brokers we get better performance from.”

The FIXinar speakers were unanimous in pointing out that a lot of data is needed to be confident in your conclusions. To that end, Cacciatore called for a breaking down of silos: “The buy-side and sell-side have historically been siloed with their information, and we need them to come together. All that data sort of gets funneled through the broker, but we need to be a lot more distributed in how we disseminate our data. That allows for segmentation of best of breed. When we talk about multi-asset classes, an EMS has unique qualities and can do some things much more efficiently than an OMS, and vice versa.”

“We need to distribute and commission the data with a much more centralized focus and allow connectivity and an API,” Cacciatore continued. “And we can leverage our communication, which is the FIX protocol, and using FIX Orchestra which translates that into machine readable text. That’s going to allow longevity of automation in a much more straight through process from optimization of the actual portfolio down to actual fills at the venue. That’s where I see the future going: much more access and democratizing data so all users can do it, and it’s not just centralized with certain participants.”