European Union regulations have introduced new transparency and post-trade reporting requirements in order to increase transparency but there have been problems due to the poor quality of some reference data.

MiFID II, the regulations which went into force in the European Union in January introduced pre-trade transparency and post-trade transaction reporting into certain asset classes such as fixed income for the first time. 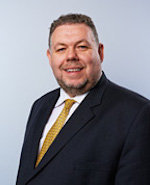 Chris Smith, head of Trax, said at a media briefing yesterday: “There have been challenges including the lack of standards and the availability of reference data such as the lack of LEIs, venue codes or ISINs for derivatives.”

Under MiFID II each counterparty needs a legal identity identifier in order to trade on an EU regulated venue, even if they are outside the EU. In addition there are new MiFID II venues which need to be identified and classified correctly as this affects who has the reporting obligation.

In the over-the counter derivatives market each transaction traded on an EU venue, including by a systematic internaliser, needs to be identified with an ISIN code for the first time. However ISINs, normally used for securities, record the maturity date so a single swaps transaction, the largest OTC derivatives segment, can generate multiple ISINs during a trade life cycle which requires the duplicates to be removed and hampers transparency.

Smith added that under MIFID II the number of instruments in the Trax database has expanded to 15 million records and each could have hundreds of attributes.

“Since the launch of MiFID II we have reported more than 0.25 billion transactions but the national competent authority rejection rate, after removing the issues caused by reference data, is roughly the same as for MiFID I at around 0.5% despite the number of fields increasing from 26 to 65,” he added.

He continued that Trax’s post-trade services are being used by 600 entities and its approved reporting mechanism (ARM) is connected to 13 national regulators. Trax also has a MiFID II approved publication arrangement (APA) which publishes relevant quotes prior to execution and trades in near real-time post-execution, dependent on whether they meet certain criteria for liquidity and deferred reporting.

“Many firms are sending all of their transactions to Trax so we can validate what should be published after applying the liquidity and deferral rules,” said Smith. “Approximately 8% of the total transactions we receive across asset-class need to be published by our APA.”

There has been criticism that the data published by APAs has not improved transparency. For example, ISINs do not identify the asset class, so lists of ISINs without any other information are not useful, and it is a labour-intensive and expensive process to collect and aggregate data from multiple APAs.

Smith said: “Transparency and the liquidity definitions have a long way to go to improve market insight but Esma is reviewing and the industry will get there eventually.”

A previous commercial venture to launch a European consolidated tape, the Coba Project, failed in 2013 due to insufficient support from banks, fund managers, data providers and stock exchanges.

“There is also the question of how transparent the market can be without a mandated consolidated tape,” said Smith. “It is possible to get real-time aggregated market data but requires significant investment and we will need further coordination across the industry.”

Panelists at the AFME European Trading & Market Liquid Conference in London last month said a consolidated tape is needed across the EU as traders have to collect data from many individual platforms. 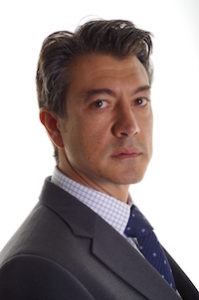 Juan Landazabal, global head of fixed income and foreign exchange trading at Deutsche Asset Management, said: “The landscape is fragmented and there is no more transparency than in November last year.”

Ashlin Kohler, fixed income market structure at Citi, agreed that the MiFID II data is not useful in its current state and the industry need to significantly invest in data analytics. She said: “Commercial solutions for a consolidated tape will evolve and more innovative vendors will emerge.”

Daniel Mayston, EMEA head of electronic trading and market structure at BlackRock, said that now MiFID II has been implemented, the industry needs to look forward and assess the value of data being generated and it needs to standardised, useable and actionable.

This week the International Organization of Securities Commissions issued recommendations for improving the information on secondary corporate bond markets available to both regulators and the public. One of the recommendations is that regulatory authorities should have clearer reporting and transparency frameworks to facilitate better cross-border understanding of corporate bond markets.

IOSCO said in a statement: “The report also recommends that regulatory authorities should consider steps to enhance pre-trade transparency in corporate bond markets and implement regimes that require post-trade transparency.”

Accurate reference data will also be important to meet the reporting requirements in the Securities Financing Transactions Regulation, the incoming EU regulation covering repo and securities financing markets, which are still very manual.

In September last year Trax announced a collaboration with EquiLend, the securities finance trading, post-trade and market data provider. Brian Lamb, chief executive of EquiLend, said in a statement: “SFTR is one of the most complex and data-intensive regulatory reporting requirements the European securities finance market has ever seen.”