Sir Jon Cunliffe, deputy governor for financial stability at the Bank of England, said regulators will need assurance that distributed ledger technology platforms can work in different contexts and at scale given the systemic nature of capital markets.

Cunliffe spoke at the AFME Operations, Post-Trade, Technology & Innovation Conference 2022 (OPTIC) in London. He said the regulator’s view that crypto assets and platforms carried major risks, but did not yet pose risks to the broader financial system, was borne out by the lack of wider knock-on impacts from the collapse in crypto valuations.

However, crypto has been growing very quickly and begun to develop greater interconnection with the conventional financial system which has led to concerns around consumer protection and the need to think about systemic consequences.

Today’s first keynote is given by Deputy Governor for Financial Stability, @bankofengland, Sir Jon Cunliffe, who focused his speech on the potential impacts of the crypto world on post trade infrastructure #OPTIC2022 pic.twitter.com/1fY4A7omPw

“Regulators need to begin extending existing standards and regulatory regimes to crypto before –  not after – it becomes systemically important,” added Cunliffe. “We need to think also about the potentially disruptive impact of crypto technologies on market infrastructure, the trading, clearing, settlement, and custody machinery that enables global capital markets.”

Cunliffe admitted that post-trade and client onboarding processes are still often manual and duplicative so there is an opportunity to take advantage of innovation in trading, clearing and settlement of crypto assets.

“At the heart of this is the exchange of tokenized representations of the money and the securities traded in the mainstream financial sector today, such as equities and debt instruments,” he added. “Bringing both components of the trade onto a single ledger facilitates near-instant settlement of trades and, building on modern cryptography, atomic settlement.”

“Benefits might be particularly large for illiquid markets (e.g. leveraged loans) which don’t currently benefit from a central securities depository,” said Cunliffe. “As such, we would expect the potential benefits of tokenization/distributed ledger technology  to be more pronounced in these areas.”

However there are also risks, and Cunliffe said the operational resilience of DLT-based systems needs to be proven over time.

“Given the systemic nature of the major capital markets, we will need assurance that DLT based systems can work in different contexts and at a different scale,” he added.

Instantaneous settlement needs all trades to be pre-funded with necessary cash and securities and irrevocability can also pose problems for risk management as there is no time to identify or rectify errors before they are actioned. Therefore, regulators may not want wholly instantaneous trading and settlement in all markets. Markets could also become fragmented if DLT platforms are not interoperable, including with traditional systems. 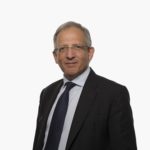 The UK has set up a financial market infrastructure (FMI) sandbox, which the Bank of England, the Financial Conduct Authority and HM Treasury plan to launch in 2023 to allow testing of new technologies and practices while temporarily disapplying or modifying certain legislation for specific purposes. The initial focus will be on firms who want to set up DLT securities settlement systems integrated with trading platforms.

Cunliffe said: “While there are advantages to consolidating functions, as set out above, and there are arguments in favour of decentralization, it is very difficult to see how risks can be managed to the right level without a legal entity accountable for the services provided and responsible for the proper functioning of the system.”

He also highlighted that it is critical that legal structures evolve to ensure there is clarity on their application as technologies for trade and post-trade services evolve.

“The technological innovation we have seen in crypto markets offers at least the possibility of a major transformation in financial market infrastructure – and one that could yield significant benefit,” he added. ” It is also clear that for this to happen, there are important risks that will need to be managed and areas where public infrastructure will need to evolve.”

Panellists from @zodiamarkets @NJWPhilpott @fnality @ashurst @JPMorganAM @EYnews @Murex_Group consider whether #digital assets could be the biggest opportunity of the decade. Discussion centres on how far away institutional adoption is & what regulatory barriers exist #OPTIC2022 pic.twitter.com/HoGCp6BB2B

Solene Khy, head of product management, commodity, equity, FX and cryptocurrency derivatives at technology provider Murex, said on a panel at the AFME conference that the crypto crash will lead to clean up of market infrastructure.

“Some of the existing crypto native firms will fall apart and there is going to be consolidation,” she added.

Angus Fletcher, chief executive of Fnality UK, a consortium building an ‘on-chain’ payment system, agreed that cash and digital assets need to settle on the same platform to avoid the fragmentation of  liquidity. As a result the industry has an opportunity to develop interoperability standards between technology platforms and business models.

We are delighted to welcome @Nomura as a new shareholder, supporting our vision for a regulation-first, real-time, wholesale payments system. Nomura’s investment strengthens our position to expand our presence in capital markets across Europe, the US and Japan. pic.twitter.com/lRRAnPIFRn

On the panel at the conference Fletcher said he hopes that Fnality will be one of the core rails for digital for delivery-versus-payment transactions.

“There will be greater integration between traditional and new markets as well as TradFi versus DeFi,” added Fletcher. “I think the players that are able to drive that are going to be the most successful.”

He believes there is an opportunity for incumbents in the crypto space as they understand how to operate under heavy regulatory scrutiny. 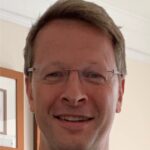 “Regulation is coming in this space, whether people like it or not, and bringing that expertise to the table is important,” said Fletcher. “What is going to be important is who they tie up with, in order to be able to enable the technology alongside their expertise.”

Montserrat Farina, executive director, regulatory affairs corporate and investment bank at JPMorgan, agreed on the panel that crypto will be regulated and that a safer market will allow everyone to participate.

Etay Katz, partner at law firm Ashurst, predicted on the panel that digital platforms for issuance, registration, settlement, trading, and, and post-trade will have emerged in five years time and expects fixed income will be the first asset class to move. For example, in April 2021 the European Investment Bank issued its first digital bond on a public blockchain.

“I think the next five years are super exciting for the creation of that paradigm,” he said.

Pierre Pourquery, partner at professional services provider EY, predicted on the panel that a regulatory regime will be in place for crypto in five years time, so traditional banks will be much more active in this market.

“Some crypto native firms will have to reinvent themselves to be profitable and regulated,” he added.