Regulators Tune In to High-Frequency Trading

The relative merits and threats associate with high-frequency trading are once again making headlines, with a top regulator urging a transaction fee be placed on marketable orders as a sort of excise tax.

The reality of HFT has been well documented, and buy side traders have taken note of its ability to impact execution quality.

“We don’t look to overthink the liquidity issue,” said Michael Earlywine, head trader for Americas at Ecofin, a $1.2 billion investment management firm headquartered in London. “We are aware of HFT patterns and motivations.” 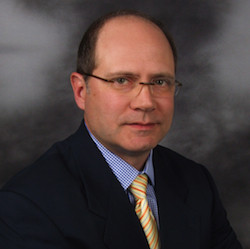 Although the firm doesn’t engage in high-speed algorithmic trading, it does trade instruments that are part of other firms’ high-speed trading strategies, which means it needs to understand the inner workings of automated trading.

Bart Chilton, a commissioner on the U.S. Commodity Futures and Trading Commission, advocates a transaction fee as a way of leveling the playing field between fast and slow traders.

“The other bogey, in addition to the Massive Passives, is a species of traders known as cheetahs—that is, high frequency traders (HFTs),” he said in a recent speech. “These HFTs are so fast, like the cats, that they are out there 24-7-365 trying to scoop up micro dollars in milliseconds. And they are winning.”

A targeted transaction fee, or TTF, would be nominal, yet could generate substantial revenue.

For example, with an average volume of 20 million futures trades per day, assuming 95 percent of which are non-hedging, a fee of .06 cents—six one-hundredths of a cent—would result in revenue of $300 million.

The transaction fee idea would “deter folks from entering into flash-in-the-pan, non-bona-fide trading,” he said. “In other words, if you’re using our markets like a slot machine, you’re gonna contribute to the oversight and enforcement services that need to be part and parcel to markets.”

One of the ways Earlywine protects Ecofin from sub-optimal execution is by directing traders to use their own algos. Traders discuss which algo they are using, its strength and weakness, and then discuss options over the life of the trade.

A proliferation of dark pools and other alternative trading systems has led to a fragmentation of markets, which helps to keep spreads tight by ensuring an ample supply of liquidity across many asset classes, notably equities but also fixed income and foreign exchange.

“While we don’t spend a lot of time trying to avoid them we are not afraid to walk away or sit in dark pools if we think we are being disadvantaged,” said Earlywine.

In his speech, Chilton took note of a recent Wall Street Journal story that said that high-frequency traders were taking advantage of a “latency loophole” at CME Group, by which they are able to obtain confirmations of their orders a split second ahead of the market.

CME has acknowledged the latency issue, saying that out of the more than 300 million messages that come into its platform each day, there may be times when customers experience a latency of a few milliseconds between the time they receive their trade confirmations and when that information is accessible on the public feed.

“Our goal is to bring variability as close to zero as possible and we have made significant steps to address latencies related to trade confirmations,” it said in a statement.

At the end of 2012, CME strengthened the overall performance of its Globex trading platform by reducing order response times and limiting variability within and across asset classes. In the first quarter of 2013, it upgraded its match-engine hardware and will be implementing additional hardware, software and architectural upgrades throughout the year.