Regulators appear to be striking the correct balance between fostering innovation and ensuring fairness and market stability.

“Based on what we’ve seen so far, we absolutely are backing Chairman White and we think that a well-regulated market is an efficient market and it’s good for all investors,” Bill Harts, CEO of Modern Markets Initiative, an advocate group for automated trading, told Markets Media. “We’re actually very positive that she’s decided to take a look at this and we hope to be part of that debate as to how to best regulate the markets.” 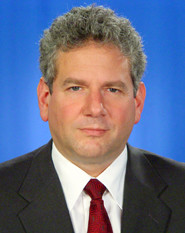 The SEC on Wednesday today announced that the national securities exchanges and the Financial Industry Regulatory Authority (FINRA) filed a proposal to implement a targeted 12-month pilot program that will widen minimum quoting and trading increments (tick sizes) for small cap stocks.

The Commission plans to use the pilot program to assess whether such changes would enhance market quality for smaller capitalization stocks for the benefit of investors and issuers.

“This is an important step for a valuable initiative that could have meaningful implications for market quality,” said SEC Chair Mary Jo White in a statement. “I look forward to the public comment on the proposal and the expeditious development of a final pilot program.”

The pilot program will include stocks with a market capitalization of $5 billion or less; an average daily trading volume of one million shares or less; and a closing share price of at least $2 per share. The pilot will consist of one control group and three test groups with 400 securities in each test group selected by stratified sampling.

“My whole career has been spent at the intersection of technology and trading,” he said.
“There are a lot of benefits that high-frequency trading brings to the marketplace, and it’s our mission to educate the public, as well as industry and regulators, as to how to best continue to provide those benefits.”

At Citigroup in the early ‘90s, Harts developed one of the original fully automated trading systems. “Anything that included technology in trading was my specialty, and it was a great time to be growing up with markets as the markets became more automated during that time period.”

He continued, “There has been a lot of misunderstanding about high-frequency trading, and the most pressing issue is to educate people as to the real benefits so that we don’t accidentally undo all the progress that’s been made over the last ten to fifteen years. Efficient markets help everyone from large institutions that are trying to trade to individual retail investors that are saving for retirement.”

Harts recalls that when he started his career in the late ‘80s, General Electric, one of the most liquid stocks in the world, would sometimes trade with a $.25 spread. “That’s 25 cents, not 25 mills,” he said. “When you think about how far we’ve come in a relatively short period of time, we need to make sure that the public also understands how far we’ve come and why we don’t want to go back there.”