Given the interconnectedness of global capital markets and the multinational nature of financial institutions and transactions, firms have come to accept regulatory arbitrage as a fact of life.

“In the years when markets were not as connected globally the cost of relocating or transacting abroad may have made such practices cost-prohibitive,” said Richard Baker, chief executive of Cleartrade Exchange, a start-up commodities bourse.

“However, with the networks effectively connecting markets across continents, it is likely that firms will take advantage of any loopholes available to them to minimize costs while they still can.” 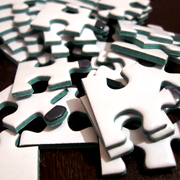 There’s no denying that the cost of compliance is skyrocketing as nations come on board with regulatory reforms.

“It is inevitable that regulatory arbitrage will increase in light of impending regulations,” Baker said. “Any additional regulations imposed on firms will definitely increase real costs, with any promised benefits remaining largely intangible.”

Firms are required to conform to regulatory requirements in every jurisdiction in which they operate.

“As a global company delivering services from 15 data centers and supporting in excess of 80 customers, the regulatory demands place a significant burden on the company,” said Caroline Davis, managing director of business development at FFastFill, a provider of software services for derivatives.

The onset of regulatory arbitrage “means that global trading operations will need to know where the differences are and ensure that they can optimally take advantage of trading in other jurisdictions,” said Kevin Covington, chief executive of ITRS Group, a risk monitoring software company. “Do they know that they are ready to trade in different markets?”
One need only look at the Japanese derivatives industry for a salutary lesson.

“Japan changed regulations on phone selling of derivatives, without any exclusion for institutional sales,” said Kirk Wylie, chief executive of risk management technology provider OpenGamma. “Within a week of the regulation coming into effect virtually the entire Japanese convertible bond industry moved to Hong Kong, and continued to do business with Japanese institutional investors from Hong Kong.”

The revised Markets in Financial Instruments Directive (MiFID II) and European Market Infrastructure Regulation (Emir) are being developed at the same time as the U.S. and other G20 members implement similar legislation, creating potential regulatory loopholes or gaps.

“There is a lot more scope for complexity in the new regulatory environment,” said Tony Freeman, executive director of industry relations at post-trade provider Omgeo. “In the derivatives market, the bifurcation between the Dodd-Frank Act and Emir is likely to result in dual requirements.”

Of all the rules and regulations that have been proposed, none has generated more controversy than the Volcker Rule, which is intended to protect a bank’s lending capacity by barring a bank from speculative trading. As with many other regulatory pieces, there is no shortage of moving parts.

“It’s not expected to be in place until July, with a two-year grace period for implementation beyond that,” said Steve Engdahl, senior vice-president of product strategy at software company GoldenSource. “However, we have already been seeing staff shift to hedge fund or asset management units, into units closely associated with making markets or shifting of principal risk-taking to non-U.S. subsidiaries.”

A similar shift will likely occur in Europe, with the possibility of the United Kingdom opting out of Basel III, a global regulatory standard on bank capital adequacy.

“If different jurisdictions require different capital reserve levels, it is very easy to shift business operations into those jurisdictions which have the most favorable reserve requirements,” said Engdahl.

Cleartrade Exchange and other forward-looking organizations are choosing to make lemonade out of the lemons they’ve been handed.

“Rather than view it as a threat, Cleartrade Exchange has chosen to embrace the regulations as an opportunity and has built its core business around it,” Baker of Cleartrade said.

Cleartrade Exchange, an electronic global marketplace for over-the-counter commodity derivatives that is regulated by the Monetary Authority of Singapore, has launched Cleartrade Market Data Service, which provides a combination of OTC swaps-related market data to be distributed by major data vendors to banks, trading organizations, broker firms and analysts.

Cleartrade is repackaging its specialized order management and processing platform, developed for the freight and commodity derivatives market, for sale as an “SEF-in-a-box” to anyone else who wants to get in the business, which is expected to see a surge due to new regulatory requirements for executing and clearing OTC transactions.

While there may always be an imbalance between international markets, with imbalance comes change and with change comes adaptation to change. “There may be some hiccups along the way, but the impending regulations will not be the last time the markets become imbalanced, and, as history has shown us, the markets will adapt,” said Mark Coriaty, managing director at software provider Ledgex Systems.

Regulatory arbitrage can be impeded by “the will of large and concerted regulatory efforts, particularly ones at the G8 level”, said OpenGamma’s Wylie.

“It will be difficult to avoid the regulatory regimes of the nations holding dominant positions in the financial markets,” said Wylie. “The U.S., U.K., Switzerland, etc. have proven very willing and adept at using the levers available to them as the domiciles or primary business places of key parts of the financial infrastructure of the world.”