Efforts to develop a unified, global framework for market infrastructure are being hampered by competing regulations across jurisdictions, market participants say.

While global regulators seek to seek to adopt standards for critical financial market infrastructure such as CCPs and trade repositories, national and supranational legislation in the U.S. and Europe is being viewed as an obstruction.

“Regulators have been able to achieve high level agreements on clearing, trade reporting, electronic trading, and margin for uncleared trades, but the devil is in the details,” said Aaron Unterman, legal counsel—derivatives branch at the Ontario Securities Commission, during a panel discussion on Thursday. “We are seeing the beginnings of equivalency between the different regimes.”

Unterman noted that there existed “granular issues” associated with market infrastructure, and pointed to a report issued last year by the Intentional Organization of Securities Commissions (Iosco) and the Committee on Payment and Settlement Systems (CPSS), as an example.

While most principles in the report are applicable to all types of FMI, a few principles are only relevant to specific types of FMIs, such as Principle 7, which applies to liquidity risk.

“Emir says Cover Two and CFTC says Cover One, except for systemically important financial institutions,” Milligan said. “Are those equivalent regimes for CCPs?”

With the first implementing measures of the European Market Infrastructure Regulation (Emir) coming into force, market participants are taking note of the significant degree of overlap between the Emir obligations and the provisions of the U.S. Dodd-Frank Wall Street Reform and Consumer Protection Act (Dodd-Frank), which was passed in July 2010.

Both Emir and Dodd-Frank represent the implementation of the G-20′s commitment to improving risk management and reducing systemic risk in OTC derivative contracts.

“We are regulated by both the Bank of England and the CFTC, so there is no escaping Dodd-Frank and Emir,” said Susan Milligan, head of U.S. public affairs at LCH.Clearnet. “When there are conflicts, we will adopt the strictest interpretations with a view toward the goal of reducing systemic risk.” 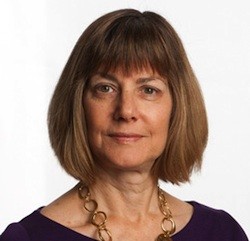 The service expands SwapClear’s interest rate swap offering and demonstrates the importance of the U.S. to LCH.Clearnet’s geographic expansion strategy.