The next two years will be critical for participants to position themselves in the changing repo and securities lending markets according to consultancy Cement as Deutsche Börse forms a partnership to create a platform using blockchain.

Joséphine de Chazournes, senior analyst at Celent, said in a report Next Generation of Repo: 7 Innovations You Should Care About (and Prepare For), that the market is ripe for change after years of stagnation and illiquidity. 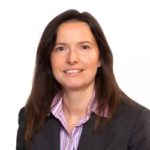 De Chazournes added: “As we have gone forward in the implementation timeline of EMIR [the EU central clearing regulation] and Basel III, Celent considers this moment a potential inflection point for the market.”

As regulators have increased capital requirements in the financial system, repos and securities lending have become critical product for making efficient use of the balance sheets and collateral and increasing returns in a low interest rate requirements. However the global securities settlement system is fragmented, making it expensive to move collateral, For example, there are more than 40 central securities depositories just in Europe and settlements can still very manual and voice-traded, and evenuse fax confirmations.

The implementation of MiFID II and the incoming Securities Financing Transactions Regulation (SFTR), which is likely to go live next year, mandate transparency and reporting requirements, which can only be met efficiently using technology.

De Chazournes said: “This will in turn provide opportunities for technology solutions to leverage the vast amount of data made available to automate this market. We see SFTR as being the MiFID II of securities financing.”

In preparation German exchange operator Deutsche Börse Group said last month it was signing letter of intent to form a strategic partnership with HQLAᵡ , a a fintech firm specializing in liquidity management and collateral management in securities lending and repo markets. They aim to create a securities lending solution using the R3 Corda blockchain technology.

The trading process will be delivered by Deutsche Börse’s Eurex Repo platform allowing market participants to use their existing connectivity, which should encourage adoption. Deutsche Börse Group will lead post-trade processing which is designed to interoperate with multiple collateral agents and custodians. HQLAᵡ will help collateral to be used more efficiently by improving interoperability for pools of securities residing in the fragmented settlement systems around the world.

Philippe Seyll, executive manager at Deutsche Börse Group, said in a statement: “With the creation of a neutral custody agnostic control layer, Deutsche Börse is embracing distributed ledger technology and complements it with a neutral and trusted market infrastructure role open to multiple custodians and collateral agents.”

Guido Stroemer, chief executive of HQLAᵡ, said in a statement: “Our goal is to mobilise liquidity across pools of collateral currently residing in disparate custody accounts around the globe. Partnering with Deutsche Börse Group enables us to maximise the network effect that will drive widespread adoption of the HQLAᵡ platform.”

The two banks swapped baskets of securities worth €25m ($31m) and agreed to transfer legal ownership of Dutch and German government securities on the platform using HQLAᵡ Digital Collateral Records, while the underlying securities remained static within linked custody accounts. This is more efficient than a traditional securities lending settlement where individual underlying securities have to be transferred between accounts.

David Rutter, chief executive of R3, said in a statement: “Collateral lending is a great example of a process that can be revolutionised by blockchain technology, and this live trade between two major global banks marks a significant milestone for the market.”

Celent forecast that by 2019 or 2020, when both MiFID II and SFTR will have been implemented, a lot more data will be available on all asset classes. Therefore machine learning techniques could increase the velocity of any collateral valuation and exchange and provide predictive analytics for market participants’ securities financing needs.

“Indeed such technology is already used in front office sales and trading optimization in fixed income by players such as JPMorgan and ING; it will only take a year or two for these technologies to extend to repo and securities lending,” added de Chazournes.

The report continued that cloud is already used by clearing houses such as CME Clearing to give clients a real-time consolidated view across their complete collateral for both cleared and uncleared derivatives.

“The demand for automated decision-making and predictive analytics in that sphere and more data to be learnt from, the utilization of cloud will explode in this product,” added de Chazournes. “The next two years will be critical for participants to position themselves in this changing environment, especially because of the imminent implementation of SFTR and the advent of exponential technologies that will provide opportunities for players that can leverage the newly available data on the repo and securities lending markets.”