Jeremy Davies, co-founder of RSRCHXchange, said the marketplace and aggregator for institutional research is looking to expand coverage of US regions and individual countries in Asia as research unbundling spreads outside the Europe Union.

Davies told Markets Media: “We have always believed that research unbundling will become global and it is a question of ‘when’ rather than ‘if’.”

MiFID II, the regulations that went live in the European Union this year, requires fund managers to either pay for research themselves from their P&L or to use a research payment account, where the budget has been agreed with the client. Asset managers can designate a third party to administer the RPA on their behalf but still have to track their consumption of research and assess its quality. Even though MiFID II only applies to the EU, it is having global implications as many US asset managers with European operations have unbundled globally. 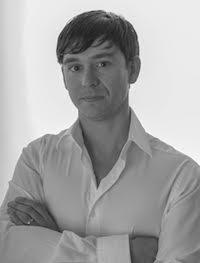 Davies said RSRCHXchange sold its first piece of research in the US in January 2016. He added: “There has been slow and steady growth but there was a dramatic increase last September and October due to the SEC no-action  letter.”

US federal securities prevent broker-dealers from receiving payment for research but the US Securities and Exchange Commission issued three no-action letters following concerns that US investors could lose access to valued European research, and vice versa.

Jay Clayton, chairman of the SEC, said in a statement: “Staff’s letters take a measured approach in an area where the EU has mandated a change in the scope of accepted practice, and accommodate that change without substantially altering the US regulatory approach. These steps should preserve investor access to research in the near term, during which the Commission can assess the need for any further action.”

The temporary relief lasts for 30 months from MiFID II implementation, during which SEC staff will monitor and assess the impact on the research marketplace to determine to take action, such as new rules.

More than 100 clients RSRCHXchange clients are based in the US and so are more than one fifth of the platform’s 350+ research providers. RSRCHXchange allows asset managers to read, pay for and monitor research services from banks, brokers & boutique providers in one place and maintain an audit trail in accordance with the MiFID II requirements.

Davies continued that the US is one of the few jurisdictions with a regulations preventing unbundling but this has not prevented a number of firms such as MFS  Investment Management from announcing their intention to unbundle globally.

Sandy Bragg, principal at consultancy Integrity Research Associates, said in an email to Markets Media that research unbundling is spreading to the US in an opportunistic fashion, as US asset managers use MiFID II-induced budgeting and valuation to continue to drive down commission costs related to research.

“However, lacking any regulatory impetus and with scant media attention to soft dollars, US asset managers are in no hurry to give up the advantages they enjoy over their burdened UK counterparts, if ever,” he added.

Davies added there has been a pick-up in interest in the US in February and March this year and huge interest in Asia, especially from Australia, Singapore and Hong Kong.

“For the rest of this year we will be looking to expand regional US coverage and coverage of individual countries in Asia,” he added. “Our clients look to us to provide them with interesting product and we will be expanding  in areas such as ESG research and other niches.”

Asset owners are monitoring unbundling and Davies said they will be ready to step into the debate next year. “This will have a big impact on market participants,” he added.

More than three quarters, 78%, of survey respondents in Europe thought unbundling was bad for brokers. In contrast the majority, 53%, felt it was positive for investors.

Respondents in Europe also said they were receiving less research now they have to pay. Nearly half, 43%, of analysts and fund managers feel worse off as a result of reduced access to research and 63% reported taking fewer meetings withsell side research analysts. In addition, 75% of respondents agreed that the current low prices for research are unsustainable.

Vicky Sanders, co-founder of RSRCHXchange, said in a statement:  “If the current price of research is not sustainable, what will happen next to help the industry find equilibrium? It’s interesting to see that market forces are supported by asset managers as the solution for other outcomes, such as the reduction in the coverage of small and midcap companies.”