The proposed European regulations which change how investors pay for research will be the catalyst for transforming global research consumption according to Peter Wright, founder of custom research platform Dodilio.

He told Markets Media: “I have been talking to large buyside firms such as Fidelity and Wellington and they said that if MiFID II changes are approved in Europe, they will make changes globally.”

In order to avoid conflicts of interest the European Securities and Markets Authority has proposed that under MiFID II, fund managers buy research using either direct payments out of their own revenues or from a separate research payment account, which can be funded by a specific charge to a client.

Last week Instinet, the equity execution arm of Nomura Group, was approved to allow clients to pay for research in cash, rather than using trading commissions, as the firm prepares for possible changes to research payments under MiFID II. 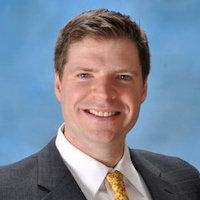 Instinet operates a platform which administers commission sharing platforms but the Financial Conduct Authority, the UK regulator, has created controversy by saying it believes that Esma’s proposals are incompatible with the continued use of CSAs.

Adam Toms, chief executive of Instinet Europe, told Markets Media: “There are still mixed opinions on how to pay for research and one size does not fit all. We would like CSAs to continue to be used as they only need slight enhancement to meet the goals of the regulators.”

Wright worked as a research analyst in a sellside firm for five years and was then an analyst at Fidelity for five years. After Fidelity he  moved to Tradition to set up a research division at the interdealer broker.

“While at Tradition I realised that it is hard for clients to procure custom research – to find out who does it and how to pay for it,” Wright added.

He estimated that a total of $20bn is spent annually on research but 90% of the product is push-driven. The analyst chooses the content, which is then pushed to the investor community. Wright said: “It is like an Italian restaurant that fills your plate with spaghetti and then charges you even if don’t eat anything.”

In 2013 Wright launched Dodilio to connect investors with custom research providers. Customers who want to buy bespoke research put their requirements into Dodilio and authorised providers bid to fulfil the contract.

“We launched too early,” he said. “We thought unbundling would happen sooner but the catalyst will be the regulations in Europe.”

Dodilio’s platform has more than over 6,000 providers, 45% of whom are based in the US. The average spend for a research project on Dodilio is $25,000 but Wright said volumes were down in the last quarter as the firm is focussed on looking for an independent partner.

A fifth of Dodilio’s providers are broker-dealers but Wright warned they need to change their research model to stop losing market share.

He explained that broker-dealers need to make four changes to their research business.

First, the sellside needs to be more selective as firms produce too much research. Second, access to corporates will become important and investors will be willing to pay for access. Research will also become more quantitative, like trading, and fourth, the sellside will have to provide unique data.

OTAS Technologies shows how data can be used to provide trading alerts to fund managers. The market data analytic provider can provide alerts in plain English based on parameters set by the clients – which can include calendar events, price performance and short interest.  Clients also decide the timeframe of analysis, the frequency of the report and a time of receipt. OTAS was found in 2011 to analyse market data and highlight actionable information for equities trading to fund managers in an easily digestible format. In April this year OTAS was acquired by a private investment group for an undisclosed sum and the firm has been developing partnerships with execution management systems.

Sal Restivo,  co-founder of RIXML.org, wrote in a guest post on the Integrity Research Associates blog that the consortium is about to launch a pilot program to standardize the components of research reports. RIXML.org is a group from the buyside, sellside and technology vendors who aim to improve the process of electronic research distribution by defining an open protocol.

The organization created RIXML, an industry-wide standard for tagging investment research in XML and the new functionality will allow research producers to tag internal components of their reports.

Restivo wrote: “By providing component-level addressability the RIXML organization expects to improve the precision of tagging and searching. Better precision in the research discovery process leads to higher quality results. And that would be a natural extension of what RIXML already does.”

He gave the example of an investor who wants to learn more about analysts’ views on how rising beef costs will affect the short-term performance of Shake Shack’s stock price.

He said: “If the search space can be focused on components tagged as summary or key investment drivers, the investor will identify the most relevant insights even more quickly and easily.Component-level addressing pushes higher-quality search results to the top and prunes lower-quality results.”