Listed options are being utilized to a larger degree by registered investment advisors and family offices, part of a trend in the wealth management industry to diversify portfolios.

According to the 2014 Benchmark Study by the Options Industry Council, three out of five advisors have used options in the past 12 months, a 13 percent increase since the 2011 study. Advisors who were surveyed in the study anticipated their options use to grow 43 percent in the coming year. The new study also found that advisors are using options with more of their clients in 2014, and that options users are twice as likely to have larger, more successful businesses.

“In 2011, advisors were trying to find ways to add income,” Eric Cott, the OIC’s director of financial advisor education, told Markets Media. “With that, the covered call tended to be a focus for the advisors. That’s still a predominant focus for adding income strategies. We did see in the 2014 study an uptick in advisors who were actually selling puts, and then advisors looking at some other esoteric strategies.”

An interesting complement to the study is the interest on the part of family offices (which also manage assets for ultra high net worth clients) in regards to options strategies. “SFOs and MFOs are starting to hear from their clientele about market risk and are concerned about capital preservation as well,” Cott said. 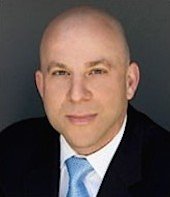 An advisor who wishes to generate more income through options may do so by recommending stocks that are suitable for options, buying or selling puts and calls for individual clients, using a mutual fund with a covered calls strategy, using a separate account that employs options, or working with a third-party overlay strategy.

The findings indicate that for a significant portion of advisors, options strategies are an important part of portfolio planning and allocation. Advisors may either take a direct approach, managing their clients’ options strategies on their own, or outsourcing implementation through mutual funds, separate accounts, or an overlay strategy such as ETFs.

“Among advisors using options, the study found it’s like home renovations, you either have advisors that tend to be the do-it-yourselfer who manages positions on their own or they operate like a general contractor,” Cott said. “A general contractor manages the project but subs out to other specialists, such as the sheet rock or plumbing. It is much the same in the advisory space, as there are many sub advisors to incorporate option strategies in a client’s portfolio.”

During the Chicago Board Options Exchange’s second quarter earnings call, CEO Ed Tilly said that CBOE was growing the VIX customer base by leveraging educational expertise. “While second quarter trading conditions were less than stellar, educational opportunities abounded,” he said. “When volatility is at extremes, be it extremely high or low, media and marketplace attention becomes hyper-focused on VIX, its level, what it means, and why it matters.”

Cott is responsible for expanding OIC’s outreach to financial advisors. He participates in conference panel discussions, presents advisor-oriented educational seminars, and guides the development of options curriculum and content for advisors on the OIC website.

The RIA is a growing aspect of the business, whether it’s a wirehouse advisor who could be at Merrill Lynch, Morgan Stanley, UBS or Well Fargo, or at one of the regional brokers like Oppenheimer, Raymond James, or Stiefel Nicolas, or an independent. “We saw a lot of increase in that channel not only back when we did it in 2011, but also in 2014,” Cott said.