Rise of the Surveillance Platform

For Wall Street banks, the trade-surveillance function must be more nimble than ever. Hot-button regulatory issues can spring up overnight, and the stakes have increased such that just reacting is no longer good enough; rather, proactivity is necessary to foresee and avert the next blowup.

For these reasons, firms that must keep tabs on the trading of their customers need the flexibility of a platform to host the surveillance technology,  rather than relying on a packaged application.

“There are a few emerging trends in market surveillance that really lend themselves to a platform,” said Theo Hildyard, head of solution marketing at Software AG.

Hildyard likened a trade-surveillance platform to a buy-and-build hybrid. Such a system requires customization to effectively detect and prevent abuse, as each market ecosystem is unique. But at the same time, building the capability from the ground up is unrealistic.

Delivering surveillance via a platform rather than an application gives developers leeway to develop code that’s unique to their organization and the types of behaviors they need to monitor. Sell-side banks “can’t rely on an application to do that,” Hildyard said.

“The frequency with which regulatory hot topics emerge is increasing over time,” Hildyard said. Additionally, trade surveillers’ “goal should be to ‘create’ the next big scandal and make sure it doesn’t happen on their watch, in their bank. That requires that they understand behaviors they weren’t previously monitoring for.” 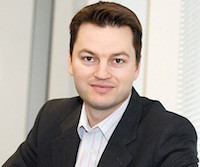 Ultimately, the effectiveness of a surveillance program comes down to the combination of the domain and technology expertise of the provider and the abilities and knowledge of the user.

“The leading surveillance platforms have been designed to organize data in a way that makes it relatable and easy to process to detect potential market abuse and come with tested and proven detection algorithms,” said Lorne Chambers, head of sales and marketing at MillenniumIT, a unit of London Stock Exchange Group. “Whereas packaged applications typically require a lot of effort to implement in a meaningful way and lack the lessons learned from the many installations of a mature surveillance system.”

Market surveillance systems have become an integral part of the trading marketplace. The impact of the global financial crisis of 2008-2009, the ensuing wave of regulation, and the fallout from benchmark manipulation have meant that most regulators, exchanges, and large trading firms see trading and communications surveillance as necessary to business continuity and not just another cost to bear.

“We are experiencing a change in the way surveillance is conducted within the exchanges and regulators,” said Anshuman Jaswal, senior analyst with Celent’s Securities and Investments practice. “Having a more comprehensive approach is seen as key to a better trading environment. Modern surveillance systems enable personnel across the firm to undertake different surveillance-related functions simultaneously through the same platform and ensure that there are no anomalies in the trading practices.”

According to a report by Celent, the continuing regulatory push for more advanced systems has played an important role in the demand for such systems. The need to improve visualization so that the decision-making processes become simpler for senior personnel in exchanges and regulators is also crucial.

Customization and configurability also requires a great degree of flexibility and ongoing development on the part of vendors, according to Celent. The move toward a more holistic surveillance approach combines other elements of compliance such as best execution with the market surveillance technology. “The deployment requirements of exchanges and regulators are usually more specific than trading participants,” said Jaswal. “Due to the significant requirements, IT capabilities, and resources of these users, in most cases we find that on-site deployment is preferred over a hybrid or cloud solution.”