‘Risk On, Risk Off’ Regime Heads for Exit

A brighter macroeconomic picture may finally be heralding a return to fundamental trading, thus signaling the end of the ‘risk on, risk off’ mentality of the past few years.

As some of the potential banana skins of 2012 sail into the distance, such as the U.S. election and the Chinese leadership transition, and early signs of stabilization returning to U.S. and European markets, some market participants believe that buy-and-hold strategies—instead of short-term trading to benefit from the huge spikes of volatility witnessed since the financial crisis took hold—could be back in vogue in 2013. 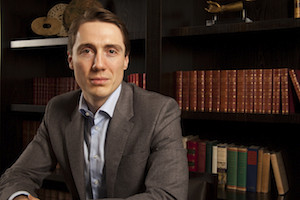 “If you look at last year, when we went into 2012, markets were rallying from a low point after the European Central Bank initiative, the LTRO [long term refinancing operation], and there were still a lot of background risks. Going into this year, there are some risks that remain but these are lesser and the underlying fundamentals are improving; we are seeing growth partially re-accelerate.

“While we recognize in the U.S. the potential for some of the tax expiries to cause short-term drag, we think growth will continue to improve as the year progresses. The ECB, through the OMT [outright monetary transactions] program, has really taken tail risk off the table in Europe. A lot of the deeply negative risks don’t appear to be as negative as they were compared to the last few years.

“We don’t expect volatility, or more importantly correlation, to spike to the levels it has over the past few years and are cautiously optimistic that the risk on, risk off trade will dissipate and allow markets to trade on fundamentals, as volumes are pretty healthy.”

This calmer economic environment, as well as the fourth quarter earnings season in the U.S. kicking off on an unexpectedly good note, could well be encouraging more investors to return to the market.

“The background is a bit more stable and this is encouraging an appetite for more risk on, due to various indicators being more positive,” said Paul Squires, head of trading at French-headquartered institutional investor Axa Investment Managers, which is part of the European insurance giant Axa.

“Our fund managers are generally driven by and like to see stability, as do our clients. For example, one of our U.K. equity investment teams—my sort of unofficial benchmark to gauge risk appetite — had significantly lower volumes last year, mainly because of the macro backdrop, but they have been very busy at the start of this year.

“And when you talk to some of our insurance clients that are driven by actuarial projections you can see that the actuaries have got very low equity weightings on a historical basis. And that is cause for optimism because if insurance companies begin to really start to move then that is a significant weight of money coming into the market.

“There is also a lot of money out there and across equities and fixed income we are seeing money going into instruments that are deemed to offer value, whether its primary fixed income issuance on corporate bonds or government issues and also into equities generally. That weight of money argument is also very relevant at this stage.”

However, Squires did end on a note of caution.

“The bulls will be looking for a continued upward trend that we saw in the second half of last year and some indices put in very good performance last year—Hong Kong and Germany spring to mind along with some of the peripheries,” he said. “There is cause for optimism but everyone who has been in the markets for the last few years has got to have some sort of realistic constraint around any optimism.”