The UK is due to set a record for renminbi trading this year after volumes grew by a fifth in the second quarter.

An average of £85bn ($110bn) of the Chinese currency was traded daily in the UK in the second quarter of this year, up nearly one tenth on the first quarter and more than one fifth on the same period in 2018 according to the latest London RMB Business Quarterly. The study was published last week by The City of London Corporation and the People’s Bank of China Representative Office for Europe.

“Additional data points to another record-breaking year for growth of the RMB in the UK,” said the report.

“RMB cross-border settlement volumes also saw a sharp rise,” added the report. “By the end of August 2019, payments and receipts touched RMB 370bn, matching the total volume for the whole of 2018.” 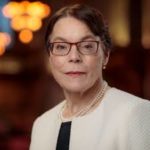 Catherine McGuinness, policy chair at the City of London Corporation, said in a statement that the fundamentals of London and the UK continue to shine brightly despite the considerable uncertainty of the country’s departure from the European Union. There are more than 30 Chinese institutions in the City and more are in the process of opening a representative office.

“Naturally we’ve grown to become the leading hub for RMB trading, with levels of the Chinese currency going through London far outstripping that of any other financial centre, she added. “I look forward to seeing this trend continue long into the future.”

Moncarz added that the UK benefits as a large payments hub due to a host of factors including tax attractiveness to its currency environment, government incentives and access to capital markets.

“That doesn’t mean that the UK’s dominant position is guaranteed,” she said. “The current picture could change, especially if more financial businesses relocate from London to continue serving clients in the European Union.”

However Moncarz continued that, despite Brexit, the UK is likely to remain a key player in both foreign exchange and payments for the foreseeable future.

The average daily turnover in foreign exchange in the UK was $3,576bn (€3,231bn) in April this year, 10% than three years ago according to the Bank for International Settlements’ Triennial Survey of Foreign Exchange and Over-The-Counter Interest Rate Derivatives Markets released in September.

The BIS added that the UK remains the single largest centre of FX activity with 43% of global turnover, compared to 37% three years ago.

The latest survey also showed that the UK has overtaken the US as the largest centre for OTC interest rate derivatives activity as the US’ global market share fell from 41% to 32% over the last three years.