As mandatory clearing for OTC swaps gets underway, the transition from a bilateral to a cleared environment entails significant changes for the markets.

“Mandatory clearing for Category I entities in the U.S. is just the first step of this market evolution,” said Amy Young, vice president of State Street Global Services and product manager of DerivOne, State Street’s end to end derivatives services offering. “Regulation around risk mitigation and transparency in the swaps market is occurring globally and is expected to take years to play out.”

The Securities and Exchange Commission has adopted a final rule that streamlines the process for rulemaking by clearing agencies that are registered with both the SEC and the Commodity Futures Trading Commission (CFTC).

The rule is intended to ensure that clearing agencies registered with both the SEC and the CFTC can avoid unnecessary delays in implementing rule changes that relate primarily to products that are not securities, and that such rule changes continue to be filed with the SEC, so that the Commission can carry out its statutory duty to supervise all registered clearing agencies.

The move toward central clearing will be slow, especially for customized financial instruments.

For example, DTCC’s Fixed Income Clearing Corporation (FICC) subsidiary launched its central counterparty (CCP) for mortgage backed securities (MBS) one year ago. The initiative is intended to provide the securities industry a settlement methodology designed to reduce risk and costs in this $100-trillion-a-year market.

The CCP guarantees settlement To-Be-Announced (TBA) mortgage backed security (MBS) trades, where the settlement of an MBS trade often does not take place until months after the trade itself is made. The FICC guaranty ensures completion of these long-settling trades even if one of the trading parties defaults on its initial trade commitment or pool delivery obligation. 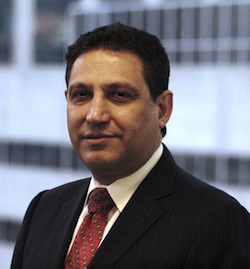 “There are many ways the buy-side could benefit from a regulated multilateral CCP trading platform for executing TBA agency MBS, a form of OTC derivatives,” said Ron D’Vari, CEO and co-founder of NewOak Capital. “The key drawbacks are initial and variation margins as well as related operational and collateral management challenges.”

Partly due to daily margin requirements, most TBA trades remain bilateral and have not been settling through the FICC CCP.

Many buy-side firms don’t have the streamlined straight-through-processing of derivatives and lack robust collateral management and posting. However, TBA CCP would offer lower systematic risk and mitigates the counterparty risk to the real money accounts.

“Given the general resistance to strict margin rules and absence more stringent capital requirements, it is not certain when majority of TBA participant would migrate to FICC CPP,” D’Vari said. “Hence we expect TBA would remain a bilateral derivatives market for the time being.”

Young, who is responsible for integrating DerivOne’s service offerings that span electronic execution, clearing, middle and back office servicing, collateral management, valuation, and analytics, notes that concerns have been voiced about the market participants who have yet to prepare for regulatory reform.

These concerns include what will happen when a buy-side portfolio manager requests a trade for a security that has moved to central clearing but their traders lack the legal documentation and infrastructure to comply with the new requirements. “Will there be a legal bottleneck as players rush to comply with regulation at the last minute? How will the clearing broker time and resources for on-boarding be allocated?” said Young.