Rocky Road Ahead to Establish Clearing Interoperability For Derivatives in Europe

Having the choice of being able to clear derivatives trades in Europe with a selection of clearing houses remains a real sticking point within the industry, despite noises coming out of Brussels that could see an interoperable model adopted one day.

Interoperability now covers just over 50% of the cash equities markets, but in the derivatives sphere the vertical silo approach, where an exchange owns its own clearing house in one integrated business, still dominates.

In Europe, two venues continue to have a near duopoly on the derivatives scene—NYSE Euronext’s Liffe and Deutsche Börse’s Eurex. They currently control over 90% of trades in some European contracts and would be loathe to free up access to other clearing houses, thus losing the lucrative revenues on offer from clearing.

However, the European Union wants to introduce more choice to the derivatives sector—much like it did to cash equities from 2007 with the introduction of the original Markets in Financial Instruments Directive (MiFID)—with its revised MiFID II proposals.

But other regulations are set to come into force before MiFID II, in the shape of the European Market Infrastructure Regulation (Emir) which is likely become law from the end of this year. Emir will force much of the over-the-counter derivatives landscape through centralized clearing, in a bid to reduce risk after the global financial crisis. Thus, derivatives users will need to part with more of their capital to guarantee trades.

An interoperable model, where central counterparties (CCPs) are able to interconnect, would ease this burden by allowing market participants to reduce their costs from the netting and cross-margining of trades between venues.

However, Emir has muddied the water somewhat over interoperability, despite setting down some rules on the matter, saying that “regulatory approval is required before entering into an interoperable arrangement”, while MiFID II, which is still being kicked around Brussels like a political football and may not become law until 2015, has promised more competition to the post-trade space but some industry participants are skeptical that interoperability will ever be established in derivatives.

With the interoperable clearing model encountering many difficulties in trying to gain a foothold in the relatively vanilla cash equities sphere, some derivatives users believe that the interconnectedness of the more complex derivatives markets will make it even harder for it to take hold in this asset class.

And critics of a competitive clearing model in derivatives also point to the risks of contagion for products that are hugely different in their risk profile compared to cash equities. This then, critics say, could leave a clearer vulnerable if a large clearing member defaulted.

For example, cash equities are usually settled in two to three days with collateral postings of 10%-20%, which is not a huge burden for CCPs or its members. However, by comparison derivative products such as credit default swaps and interest rate swaps are much longer-dated and riskier contracts.
With increased competition also comes pressure to lower risk management standards and margins to attract new business that could also leave clearing houses more vulnerable. 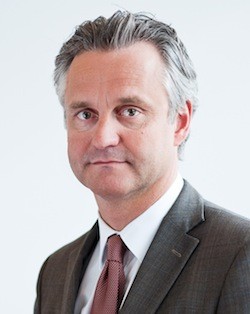 “It’s a bit different to the cash side,” said Billing. “On the derivatives side you have separate instruments creating different kinds of issues and a systemic risk aspect to consider. That is why regulators must carefully consider the topic. We have had interoperability regimes in the past on the derivatives side.

“So we have a model and know it could work but it is the systemic risk that needs to be managed properly and carefully. The issue needs to be resolved by the regulators at a cross-border level. The European Commission touched upon this position between the [failed] merger between NYSE Euronext and Deutsche Börse [in February 2012] and they are well aware of the topic and that needs to be considered.

“If you create competition in the clearing side of derivatives you need to ensure that you are not creating a monopoly. It is such a scaled business and it creates such a sucking effect in large open interest pools within the clearing house. If you open up competition, it might be that Liffe and Eurex will just take all the market so policymakers need to work out how to create competition without creating a monopoly in the short to mid term.”

Nasdaq OMX is planning to launch a new derivatives platform in London, called NLX, from early next year that aims to directly challenge the duopoly of Eurex and Liffe.

However, despite all of this there are interoperable models out there today in asset classes other than cash equities. In bonds, for example, CC&G, the Italian clearing house of Borsa Italiana’s derivatives market, and Anglo-French clearer LCH.Clearnet provide an interoperable model while a similar model applies with Oslo Clearing, the Norwegian clearing house of the Oslo Bors, and LCH.Clearnet for derivatives.

“The Oslo derivatives market is interoperable between LCH and Oslo Clearing. So in all three major asset classes there is an example of interoperability. This, it can’t be done, is nonsense.”