Role of Technology in Markets Assessed

With financial markets having grown increasingly dependent on technology and automation, the operational risk component has risen dramatically, driven home by 2010’s ‘flash crash’ and similar events that appear to be occurring with increasing frequency.

Market participants therefore have a huge stake in identifying and measuring operational risk, but so far there’s been little agreement on how that can best be accomplished. The Securities and Exchange Commission’s proposed Regulation SCI (or Reg SCI), while being viewed as an attempt to forge some consensus on the issue, is being criticized for stressing the minutiae of day-to-day operations instead of the larger causes of system disruptions.

“We appreciate the technical and social challenges the SEC seeks to address in Reg SCI and other technology-oriented regulations,” said Jeffrey Wallis, managing partner at SunGard Consulting Services, in a comment letter. “However, the Commission’s focus on major systems changes is misplaced.”

By placing an emphasis on “material system change,” the SEC is missing the forest for the trees, Wallis said.

The exceptional events, such as the flash crash of May 6, 2010, in which the equity markets saw extraordinarily rapid price fluctuations, or that of Knight Capital Group on August 1, 2012, “are evidence that the rapidly-executing technology upon which the markets now rely, are capable of causing transient but significant market destabilization,” said Wallis. “But these events have not been shown to have been caused by Material Systems Changes, as that term is defined in the proposed rule.”

That view was echoed by NYSE Euronext in a comment letter.

“It would be a lost opportunity for the SEC and the industry if Proposed Reg SCI simply carried forward, mandated, and expanded the practices of the current voluntary Automated Review Program, which in the exchanges’ experience, has often suffered from a lack of focus on the truly critical market events and systems,” said Janet McGinness, executive vice president at NYSE Euronext. 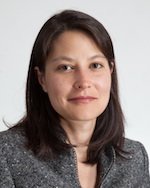 NYSE Euronext recommended that the SEC take the opportunity to engage in a detailed public analysis of the existing ARP program, after which the SEC would be able to craft a more effective and efficient approach than Reg SCI.

It also recommended that Reg SCI entities be expanded to cover all entities “that may affect the integrity of our markets, including all ATSs and broker-dealers that execute orders internally. By excluding ATSs and internalizers, Proposed Reg SCI only covers a limited portion of the trading centers that have an impact on the national market system,” said McGinniss.

The SEC in 2012 launched its Office of Analytics and Research to develop expertise in quantitative data analysis, trading, portfolio management, and risk management, and examine a wide variety of topics, ranging from market structure to new products and rule filings by exchanges.

The use of data analysis to help inform the Commission’s policy decisions is central to the office’s mission and has been aided by the SEC’s acquisition of an advanced market data system, which will allow staff to analyze trading using the same tools and technologies used by some of today’s most sophisticated market participants.

SunGard’s Wallis suggested that the Office of Analytics and Research integrate metrics generated from simulations run by Sifma’s Quantum Dawn project into its existing or planned analytics platforms.

Quantum Dawn engages market participants in coordinated, detailed market simulations amid various adverse circumstances, for the purpose of increasing the market’s preparedness and resiliency to global events, such as a widespread cyberattack. The next Quantum Dawn exercise is scheduled for July 18, 2013.