Regulators are pushing brokers to disclose more information about how and why they route equity trades. Some industry practitioners want to go a step further.

The Routing Transparency Initiative aims to boost transparency in the routing of ‘child’ orders — trades that cleave from the initial ‘parent’ order between order and execution — by better understanding the intention, or reason behind the routing. RTI can be applied globally for all asset classes leveraging the Financial Information eXchange (FIX) protocol. 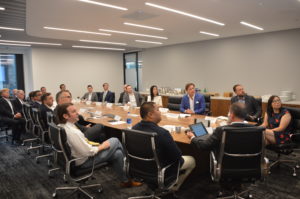 On Sept. 10, about 20 market professionals representing the buy side, sell side, exchanges and technology providers convened in New York for a GlobalTrading Journal Thought Leadership Roundtable entitled RTI: Unlocking the Routing Decision. Questions discussed included what is the problem that RTI is the solution for; what is the current state of implementation; what is the role of different market constituencies in moving RTI forward; and ultimately, how would RTI support best execution for market participants.

“Regulatory policy is being driven by a qualitative perception of what’s going on between venues and the sell side,” said Enrico Cacciatore, Senior Quantitative Trader and Head of Market Structure and Trading Analytics at Voya Investment Management. “RTI offers a quantitative, intention-based view through the forensics of routing. Instead of regulators driving policy, industry can be the key driver.”

Cacciatore is a co-founder of the Routing Transparency Initiative, along with Nancy Kwok, Principal, Equities Trading Research and Strategy at Connor Clark & Lunn Investment Management. He described the group behind RTI as a grassroots consortium of financial firms who want to add transparency to routing practices.

To get RTI started, the buy side needs to outline just what data it needs via RTI, and then a critical mass of sell-side brokers (perhaps a half-dozen) would need to sign on to develop and implement the system and distribute the data. Investment managers can potentially encourage brokers to get involved by directing more of its commission wallet to participating firms, Cacciatore said.

A survey conducted before the roundtable provided some background information. Of 14 respondents, 13 agreed there should be more transparency in routing behavior, particularly pre-execution. Respondents generally were in favor of standardization via a new FIX tag, though less convincingly than in the first question.

On the question of how likely it is that at least six to eight brokers will adopt RTI, 10 of 14 respondents expressed medium to slightly positive confidence, while two respondents had high confidence and two had low confidence. 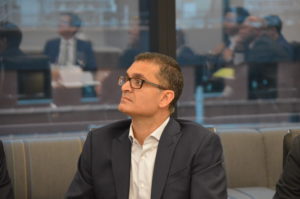 Securities professionals “have been talking about disclosures and transparency for years now,” said Tal Cohen, Executive Vice President, Head of North American Market Services, at Nasdaq. “We need to take the next step and achieve what regulation is trying to achieve.”

“We are very supportive of complete transparency in algos,” said Brian Bulthuis, Head of Americas Quantitative Trading Strategy at Instinet. “It engenders trust and triggers good conversations between providers and users.” 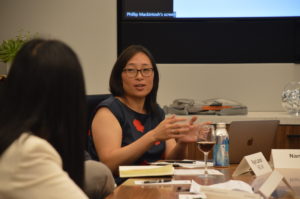 If done right, RTI can more closely align buy-side and sell-side interests. “Best execution for the sell side and buy side may differ and can be subjective,” said Kwok of CCL. “RTI has the possibility to be a common use case which exists to quantitatively link intent and execution together.”

Going beyond the why of RTI, Kathryn Zhao, Global Head of Electronic Trading at Cantor Fitzgerald, offered a sell-side perspective on how RTI could be implemented. 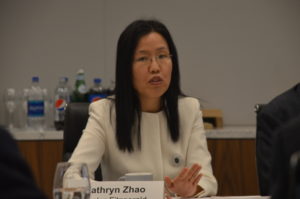 “The idea is to enrich each FIX order message with a tag that encodes the order destination, type and intent,” Zhao said. “We propose the tag value to be encoded with SBE (Simple Binary Encoding), which has the advantage of being more compact and more flexible in terms of allowing unlimited dimensions and extendibility.”

“The SBE schema dictates which section of the binary data belongs to which trading component (e.g., Algo Engine, SOR, etc.), making the framework much cleaner,” Zhao continued. “In addition, using the shared SBE schema, the SBE compiler will code-generate the encoder/decoder logic into a target programming language of choice, that can be easily integrated into the FIX flow processing.”

One detail to be sorted out involves how expansive RTI would be. “We want to define and standardize all intention codes,” Cacciatore said. “The question is, do we want a limited number of intention codes to provide simplicity, or do we allow the broker to uniquely express their intention allowing a larger number of standardized codes?” 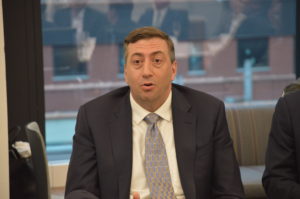 For Instinet, transparency “ends up focusing a lot around customized reports,” said Bulthuis. “If you establish a basic overall definition, brokers can map their myriad reason codes into a simpler format.”

“The foundation rests on how to map reason codes into a Street-wide format and then figure out how to communicate data in real time. That’s the sell side’s responsibility,” Bulthuis continued. “The buy side’s part might arguably be bigger — consuming the data, storing the data and figuring out how to make sense of it all.”

Respondents to the background survey offered a number of potential challenges in implementing RTI, ranging from broad (cost and prioritization), to specific (“compliance with FIX, “intention” is not as objective as other FIX tags”). “Beyond defining exactly what proponents of RTI want, will there be enough users representing enough commission dollars to get a big enough portion of the sell side to comply and standardize?” one person asked.

But the end goal — bettering best execution — could make the industry’s lift worthwhile. “Greater transparency is always a good thing, as long as it is delivered in an easy-to-consume and useful way,” one survey respondent said. “Very simply, this initiative would help us make more informed trading decisions,” said another. 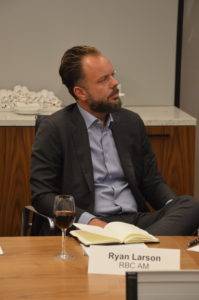 “We are strong supporters of the Routing Transparency Initiative,” said Ryan Larson, Head of U.S. Equity Trading at RBC Global Asset Management. “It is an industry-driven solution in partnership with the buy side, brokers, exchanges and vendors that allows the use of additional data sets to make better informed decisions about where to route and execute client orders.”

“By leveraging the FIX protocol, RTI provides scale for global managers and a potential solution that can be applied across all trading desks, not just in the US,” Larson added. “We see benefits beyond venue analysis and an opportunity to potentially use AI and machine learning to incorporate RTI data to better align alpha profiles of investment teams with effective execution strategies on the trading desk.”

Regarding brass tacks, i.e. next steps in moving RTI forward, CCL’s Kwok suggested (1) surveying a larger group of industry practitioners; (2) finding the right stakeholders to work with, and (3) agreeing on a small set of standardized intentions that can serve as building blocks for the initiative.
​