Jan Dehn, head of research at Ashmore Investment Management, praised Russia for opening up its bond markets to overseas investors and said there will be an enormous opportunity for asset managers when other large emerging markets follow its example. 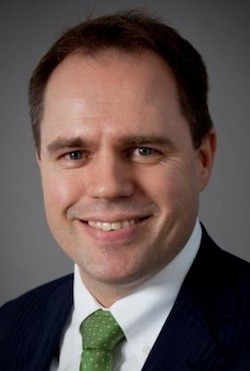 Dehn said: “Russia has a very clever strategy to be at the forefront of emerging markets in developing their domestic bond markets. It is just a matter of time before emerging market currencies appreciate in response to inflation in developed markets and they will have to increasingly rely on domestic-led growth rather than exports.”

Central banks in emerging markets will be able to transmit interest rates more efficiently through the economy via an associated yield curve as their domestic bond markets become more liquid and tradeable. Dehn said opening up bond markets is particularly important in Russia which has large companies in capital intensive sectors, such as energy, who cannot meet their funding needs from just local banks.

“The two largest emerging market bond markets are India and China and their officials are discussing opening up their markets to foreign investors,” Dehn added. “Once they become part of the international bond indices there will be enormous opportunities.”

Dehn said that as emerging markets open up domestic bond markets asset managers will be able to diversity their portfolios. “The idea that you stick to developed markets and only invest in emerging markets when the sun shines will be very outdated and like going shopping and using only two aisles in the supermarket. It will be a major game changer.”

Stephan Pouyat, global head international markets at Euroclear said the firm is working along the same lines as Russia with other emerging countries that want to become regional capital markets hubs. Since Januray 30, clients investing in Russian corporate and municipal debt have been to settle trades and deposit their positions with Euroclear Bank.

“For example, we have been working closely with China to deliver an off-shore renminbi service via Hong Kong. And we are in discussions with Turkey, but it will take time to achieve the same transformation (as we’ve seen in Russia) because legal and fiscal policies must be reformed,” Pouyat said. “Therefore, it is not that easy to say which additional capital markets will become “Euroclearable” in 2014.”

Pouyat said although the operational infrastructure has now been put in place between Euroclear Bank and the Russian capital markets, there are other areas the firm is continuing to work on. “Additional services such as collateral management and our fund transaction processing platform could be contemplated as part of future services,” he added.

In the next stage of updating Russia’s capital markets infrastructure, both Euroclear and Clearstream are aiming to launch a settlement serve for equities in July, subject to changes in Russian legislation, to attract more international investors.

“We are working on simplifying exchange-trade fund transaction processing which currently suffers significantly from post-trade frictions,” Pouyat added. “A Euroclear service for equities is very likely to increase interest and investment from overseas investors. Russia has many quasi-government issuers with an extremely strong international reputation, such as Gazprom and Lukoil.”