In an era of consolidation of Wall Street, smaller trading and investing firms tend to get short shrift from big sell-side banks. That has created a business opportunity for SageTrader, an 11-month-old firm with veteran leadership and expansion plans.

“We’re about providing levels of service to the smaller and medium-sized professional trading groups and hedge funds that you can’t find at the larger firms or at the substitutes,” said Sean Malloy, SageTrader’s head of sales. At those organizations, “it’s very hard to get somebody on the phone, and if you get somebody on the phone they don’t know what they’re talking about,” he said.

SageTrader is led by Doug Engmann, who previously headed ABN Amro’s global professional trading and clearing operations as well as North American equities for Fimat Newedge. The firm’s sweet spot is accounts with $5 million to $25 million. 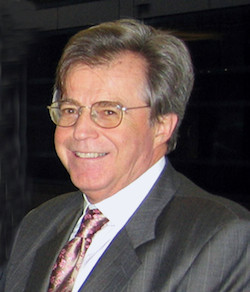 “What I’ve noticed over almost 35 years is that the business has cycles,” Engmann told Markets Media. “There are cycles when everybody wants to be in the brokerage and clearing business, particularly servicing the active professional traders and the smaller hedge funds, and there are periods when nobody wants to be in that business.”

“What we’ve seen coming out of the financial crisis and Dodd-Frank is that the big banks and investment firms have started to focus on large proprietary trading firms and large hedge funds,” Engmann continued. “They’re getting out of the business of servicing the smaller, active professional traders, and small-to-medium-sized hedge funds.”

Engmann had been retired for four to five years when last fall he came across an opportunity to purchase, with backers, San Francisco-based VT Brokers. “A lot of the people who worked for me before were working at VT Brokers, and it had the self-clearing technology that Sage Clearing had in the 80s and 90s,” he explained. “The combination of the right time, the right firm, the right people, and the right technology convinced me that I should get back in the business.”

There are about 25 customer accounts. “We hope to expand that pretty quickly — we have a pipeline of probably twice that many,” Malloy said.

SageTrader specializes in portfolio margining, a margin system meant to be more efficient  than single-security margining, with no additional risk.

“When I was running Fimat Newedge’s equity business (in 2005), we pioneered customer portfolio margin,” Engmann said. “Now it’s offered by several different firms — we try to distinguish ourselves by our knowledge of how it works, what products fit underneath, what you can do and what you can’t do. Basically, allow the person who’s looking for portfolio margin with leverage the ability to trade the way they want to, without getting into trouble.”

Some other firms can be quick to liquidate a customer’s position if margin rules are violated, Engmann said. “We don’t take that approach — we don’t want to let our customers get to the point where they have a position that’s so risky or violates margin that they get blown out,” he said.

With regard to trade reporting, “we’re able to take real-time feeds and drop copies from our clearing brokers (Merrill Lynch, Wedbush Morgan, and ED&F Man on the futures side), combine them and give clients real-time risk reports and end-of-day or beginning-of-day statements,” Shatz said. “A lot of introducing brokers might only have the ability to produce the sheets given by a Merrill or a Wedbush — we’re able to consolidate and customize those reports.”

“In terms of risk management, the Sage system did real-time risk management in 1986 — we were 15 years ahead of our time,” Engmann said. “We have pretty much the same basic system where we can drill down and see a client’s position, and the client can see their position and where the risk is being generated in a portfolio.”

SageTrader has made its name in options, and it can provide services for options traders who trade equities and futures. The firm also has the capability to cover international equities (through Merrill Lynch), as well as swaps and foreign exchange.

The firm also has its own clearing technology. “We have the ability to go self-clearing or omnibus clearing sometime in the future — no other firm in the industry has that level of technology,” Shatz said. “Eventually, we intend to at least be in omnibus clearing where we can service customers directly, without having to introduce them to another clearing firm.”