Sven Roth, chief digital officer at SDX, said the new exchange will initially focus on digital tokens on its own distributed ledger technology, which will be provided by R3, before tokenising existing securities.

SIX, which manages Switzerland’s stock exchange and market infrastructure, said last July that it would be launching SIX Digital Exchange, a fully regulated and integrated trading, settlement and custody infrastructure for digital assets.

Jos Dijsselhof, chief executive of SIX, said at the time: “This is the beginning of a new era for capital markets infrastructures. The financial industry now needs to bridge the gap between traditional financial services and digital communities.”

This month SIX said it had chosen Corda Enterprise, R3’s blockchain platform, to provide the underlying technology for SDX. 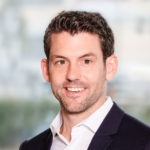 Roth told Markets Media: “R3’s blockchain platform Corda Enterprise has been designed specifically for highly regulated environments and provides the right level of security and privacy. In addition, Corda is not only available as enterprise version but also as open source. This is important for our broader vision of creating an ecosystem and enable the developer community.”

He continued that SDX is expected to launch later this year subject to technology implementation, legislation and feedback from the co-creation with the user group.

“We have decided to initially focus on digital tokens on our own DLT so we have the right balance of products and functionality on day one,” Roth added. “Later we will tokenise existing securities such as equities, funds and structured products.”

SDX will also focus on initial digital offerings (IDOs) which will allow the exchange to support customers and users with the primary market services such as traditional stock exchanges provide in classic initial public offerings for selling equities.

David Nicol, digital assets at R3, said in a blog: “SDX is capturing the opportunity to be the first exchange to support both existing financial assets and new, digitally native assets on an institutional grade, fully regulated exchange with global reach. With a wide range of asset classes and participants on the roadmap, SDX is the first of a new generation of exchanges leading the way to an internet of value.”

Interested in our work with SDX? Check out this new blog post from R3's David Nicol @Nicolrightnow to learn more about our recently announced news with SDX @sixgroup, a fully integrated trading, settlement, and custody infrastructure for digital assets. https://t.co/xZ7ZN0HYfa pic.twitter.com/wOtQvsQZRo

Nicol continued that DLT allows peer to peer transactions without the need of a central counterparty, smart contracts that allow predefined trade lifecycle events to automatically execute at the same time for all market participants, and overlapping networks of value by tokenizing and trading many types of digital assets.

“Those assets should not only be traded in their single-purpose network, but should also be made available as collateral, payment, loan principal, etc. in other bilateral networks based on SDX’s regulated framework,” Nicol added. “For example, I will be able to buy shares in an equity trading network and post them as collateral on a different asset market.” 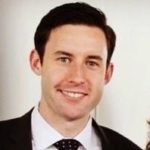 Nicol added that the ability to represent assets on digital platforms has been around since the 1960s but the important innovation is the ability of that asset to automatically initiate and react to programs through the use of smart contracts.

He explained that digital assets can be issued onto a platform that listens for updates from the asset. They can show their status and jurisdiction or registration; signify the current owner and even a price band that the owner is willing to sell; and push out corporate actions.

“The energy in Zurich is palpable on the ground,” said Nicol. “We’ll soon see an enterprise-grade internet of value, and SDX is the first network. From a famously punctual country, this movement is right on time.”

The SDX launch is subject to regulatory approval from Swiss authorities.

“The regulators have been very open in our initial meetings and provided valuable feedback,” said Roth. “As this is a completely new business, we have a frequent and interactive collaboration going forward.”

Charley Cooper, head of external affairs and legal at R3, told Markets Media that Corda Enterprise was designed and built to meet the needs or large-scale market infrastructures, including exchanges, for privacy, stability and security. 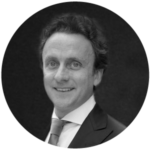 Cooper added: “We are in the initial days of public blockchains. The use of blockchain by a regulated infrastructure such as SDX will take the market to the next step.”

David Rutter, chief executive and founder of R3, said in a statement: “Representing assets as tokens on a blockchain platform is one of the most impactful applications of the technology and a key focus for R3. By enabling capital market transactions on a decentralized ledger, not only can SDX reduce costs for investors, but also enable the trading of some assets for the first time.”

Dijsselhof said in an interview with Crypto Valley Venture Capital that he expects an explosion in digital assets. “This will not only increase the investment universe, but also affect the type of data that amounts to financial information,” he added.

Why does SIX build a blockchain based Exchange? Read the answer in the latest interview with SIX CEO Jos Dijsselhof. https://t.co/npTzB7OVdJ

The chief executive said SIX has been preparing for change by starting to develop ‘Pictures of the Future’ last year in which the firm imagines how the world might look like in 10 years.

“Through the convergence of trading, settlement and booking on an eWallet into a single step at thousands of transactions per second, we expect that SDX will substantially reduce risk and collateral requirements, and increase liquidity for market participants,” added Dijsselhof.

Read all scenarios regarding the future of stock exchanges in our latest white paper: https://t.co/d20d4nPgbx #SIXresearch pic.twitter.com/4esRk3MXRY

For example, transactions on the Swiss Stock Exchange currently  take days following execution to settle. Using DLT will reduce this time to just one second for trading and settlement.

Dijsselhof said: “We are confident that we will be the first to launch a digital stock exchange. Some of our competitors run only the exchange. Some only take care of the settlement in the end. But the remaining processes are still separate. As far as I know nobody out there is building a completely new exchange on the blockchain with fully integrated trading, settlement and custody of digital assets like us.”

Deutsche Börse Group said this month that it is applying for regulatory approval to obtain a Swiss banking and securities dealer license to build out a regulatory compliant financial market infrastructure for digital assets. The German exchange operator and market infrastructure provider is partnering with Swisscom, the Swiss IT service provider, and Sygnum, a Swiss and Singapore-based financial technology company for the venture.

#Tokenization of assets – the emerging tokenized economy needs a trusted, comprehensive & regulatory compliant ecosystem. Therefore, we entered into a strategic partnership w/ @Swisscom & @Sygnumofficial to build such an infrastructure for #digitalassets: https://t.co/YHVIPFKqTI pic.twitter.com/M5YQEGqvT1

The German exchange intends to offer issuance, custody, access to liquidity, and banking services using DLT. The strategic partnership includes an investment by Deutsche Börse in Custodigit, a joint venture between Swisscom and Sygnum, to provide  custody of digital assets for regulated financial services institutions.

In addition, Deutsche Börse and Sygnum will become shareholders of daura, which has has developed a platform that uses DLT to issue, securely transfer and register Swiss SME-shares, enabling non-listed companies to access the capital markets. The first products and services provided are expected to be launched this year. 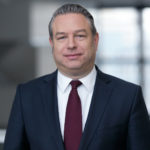 Jens Hachmeister, managing director, DLT, crypto assets and new market structure at Deutsche Börse, said in a statement: “Continuing our investments in new technologies and driving the development around DLT forward is a key focus of Deutsche Börse Group. Switzerland, known to be a nucleus for financial markets innovation, is the ideal starting point for Deutsche Börse to drive this evolution forward.”

Last year Deutsche Börse also announced that it was was using R3’s Corda blockchain solution for a securities lending offering. The exchange said it was cooperating with HQLAX to provide more efficient collateral management of high-quality liquid assets (HQLAs), in order to improve capital efficiencies. The new platform does not need  to move actual securities between custody accounts but instead transfers tokens on the DLT via Deutsche Börse’s Eurex Repo trading system while the underlying securities remain static off the blockchain.

This month the two firms said they have made significant progress and Deutsche Börse is in advanced discussions to add more custodians.

In case you missed it: Here is an update on the progress of our #blockchain #securities lending solution, which we develop together with #fintech #HQLAx. https://t.co/erEX8BnFmd pic.twitter.com/Cl8zl9I60M

“Following extensive testing during deployment over the past months, the technical set-up is close to final, as is the legal and regulatory framework,” said Deutsche Börse. “Six banks already confirmed that they have started their onboarding processes and will join the platform at launch date, which is expected in the first half of 2019.”

Hachmeister said in a statement: “This blockchain use case reveals the significance and potential of the technology. This creates higher liquidity, transparency and efficiency for financial markets in general and securities financing in particular. We look forward to applying DLT for further solutions along the whole value chain.”