Martin Halblaub, senior advisor to SIX and chief executive of SIX Digital Exchange, said the Swiss platform will be live and operating with customers trading assets in 12 months’ time.

A year ago SIX, which manages Switzerland’s stock exchange and market infrastructure, said it would be launching SIX Digital Exchange, a fully regulated and integrated trading, settlement and custody infrastructure for digital assets. 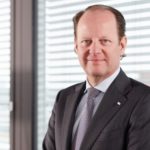 Jos Dijsselhof, chief executive of SIX, said at the time: “This is the beginning of a new era for capital markets infrastructures. The financial industry now needs to bridge the gap between traditional financial services and digital communities.”

In March this year SIX announced it had chosen Corda Enterprise, R3’s blockchain platform, to provide the underlying distributed ledger technology for SDX.

Halblaub told Markets Media: “We have set up user groups of financial institutions and opened our lab so they can play with our system and jointly program with us.”

There has been scepticism that blockchain platforms can provide the scale necessary for wholesale capital markets transactions.

“There are challenges in scalability but we are confident we will get there,” added Haldlaub. “Liquidity is key and that will depend on the sell side, buy side and market makers once we launch.”

He continued that the launch will begin with native issued tokens on SDX’s permissioned blockchain that represent traditional assets such as equity and structured products.

“In 12 months time we will be live and operating with customers trading assets,” Halblaub added.

Halblaub continued that the biggest challenge to the growth of digital assets is providing transparency and accountability in new markets which are not transparent or accountable. 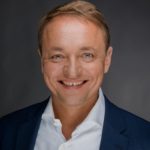 “We need to establish standards that do not exist with regulators globally,” he added. “Establishing a fully regulated environment will be a game changer.”

At the beginning of this year SIX published a white paper, Future of the Securities Value Chain, which laid out eight possible scenarios for the model of a stock exchange over the next five to ten years.

The paper said the most likely scenario is that listed asset classes will remain dominant, as investors continue to believe that a listing on a regulated exchange and admission to trading are a sign of quality, but that direct costs of listing will fall sharply thanks to automation and digitalization. Under this scenario traditional brokers and other intermediaries will come under pressure.  In addition, the growth of the number and diversity of digitised assets could lead to big technology companies entering the value chain.

“Since issuers and investors have direct access to primary markets on which securities are issued, intermediaries will no longer be absolutely necessary,” added the white paper. “In the meantime, third parties have started offering these services.”

Halblaub said: “A new technology takes eight to nine years for full adoption. If DLT and digital assets are adopted over the next decade they will reshape how value is transferred in the market.”

He noted that about 30 to 40 years ago no one imagined electronic trading.

“The Swiss stock exchange was the first to introduce electronic trading and volumes grew as it was more efficient,” added Halblaub. “In the same way, digital assets will grow if efficiency and liquidity is there.”

Consultancy Greenwich Associates identified SIX as a leader in the security token market in a report this year.

Richard Johnson, vice president in Greenwich’s market structure and technology practice, focusing on equities and financial technology said in the report that enterprise blockchain companies are partnering with established financial markets participants, such as exchanges, and need to build interoperability with existing workflows and systems which the described as “similar to replacing the plumbing without shutting off the water.”

Johnson added: “Almost 50% of participants in our study rank private equity securities as one of the top three applications. In this market, the challenge is less technological and more about ensuring regulatory compliance.”

He continued that another promising application for security tokens is start-up capital formation. 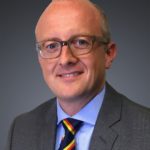 “Just as digitization has improved efficiency and transparency in other parts of the economy, the same will occur when capital markets move from issuing securities in dematerialized format to natively digital,” said Johnson.

However, he noted that security tokens are not applicable for every market or asset class. For example, most developed equity markets are already very efficient, highly liquid, transparent and capable of processing billions of dollars of trading value every day.

“But for alternative, less liquid markets, applying blockchain and building new market structure around this technology has the potential to deliver significant benefits to market participants and to investors everywhere, who will gain a wider universe of opportunities to choose from,” said Johnson.