SEC to Buy Side: Know Thy Liquidity

An institutional investor selling Apple shares can expect to do so instantly, at the price on the screen. But for a position in the bond of a small, obscure company, or a complex OTC derivative instrument, it may take days or even weeks to find a counterparty with a reasonable bid.

Funds’ evolution beyond mostly plain-vanilla holdings prompted the U.S. Securities and Exchange Commission to put forth Rule 22e-4, which mandates that open-end management companies assess, monitor and report the liquidity of the securities in their portfolios so as to minimize risk to end investors. 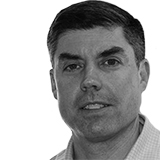 ”The market has changed, and with many more derivatives and esoteric investments in mutual funds, there is concern about people getting their money out when they need it,” said Matt Grinnell, compliance officer for Fidessa’s buy-side division. “And when a mutual fund has to sell securities to meet redemptions, the fear is that they have to rush around and sell them at a loss to what they are on the books, which negatively impacts shareholders.”

Investment companies with $1 billion or more in assets must implement a liquidity risk management program by December 2018; smaller firms have until June 2019 to comply.

As is often the case with regulation, Rule 22e-4 may result in a broad systemic benefit, but compliance is a heavy lift for market participants.

“This liquidity analysis and classification is not something that our buy-side clients do today,” Grinnell told Markets Media. “It comes down to data as the real pain point, in terms of figuring out the nitty-gritty details of what buckets what positions should be in.”

Industry isn’t ready. In a Nov. 3 letter to the SEC, the Investment Company Institute requested that the rule be amended and delayed by at least one year. “The final liquidity rule is complex, and has no real antecedent in industry practice or regulation, either in the U.S. or globally,” the ICI wrote. “The rule’s asset classification, or ‘bucketing’, requirements have proven to be by far the most costly and vexing piece of the rule to implement.”

Of investment managers surveyed by ICI, 91% said they’re considering working with vendors to meet the requirements of Rule 22e-4. The main areas of deficiency include addressing gaps in asset coverage, which was cited by 90% of respondents; improving the quality of underlying methodologies (75%); improving the depth, breadth, and quality of data (72%); and improving the user interface/delivery of data (55%). 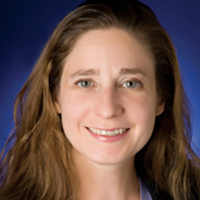 Rule 22e-4 does not properly address cybersecurity, especially as the prescribed N PORT report stores Personally Identifiable Information, and it will flow into the SEC’s EDGAR database in an older XML format that has been vulnerable to malware. That’s according to Joanna Fields, founding principal of consultancy Aplomb Strategies.

Chief among operational risks of Rule 22e-4 is that its four liquidity buckets were developed separately from MiFID II’s best-execution requirements, which includes 22 such classifications. For global investment managers, “there isn’t enough staff to come up with all of the idiosyncratic bucketing requirements,” Fields said.

However and whenever Rule 22e-4 is implemented, the industry will need solutions. “You’re supposed to take into account the market, other trading activities, and some investment-specific considerations” when determining liquidity buckets, said Grinnell of Fidessa. “The regulations are not very prescriptive around the criteria.”

Given the complexity of the rule set and the regularity of its reporting requirements, investment managers “really need an automated system to support the bucketing,” Grinnell said. “The regulation is a year away, but people are working on it now, because it takes so long to get some of these things in place.”