The U.S. Securities and Exchange Commission hit a straight shot down the fairway.

The regulator’s Feb. 14 proposal to modernize the data infrastructure that underpins institutional trading has been generally well-received by market participants, who note among other things that the plan would bring much-needed improvements to the Securities Information Processor, the industry data utility. 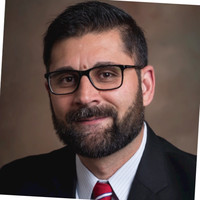 “The recent proposals are an appropriate step in the effort to modernize the regulation of equity market data and address industry concerns related to content, latency and governance,” said Mehmet Kinak, Global Head of Systematic Trading and Market Structure at T. Rowe Price.

But, some market reactions have been tempered by the view that the SEC plan, if implemented as outlined, would fall short of truly changing the dynamic in what has been a battleground for years.

“The proposal would expand the information provided by the public market data stream to include things that nearly everyone should agree must be included, like auction information, odd-lot orders, and depth-of-book information,” said Tyler Gellasch, Executive Director of industry trade group Healthy Markets. “That’s a huge step forward.”

“The competitive part of the proposal would dramatically reduce latency between the SIP and the private data feeds sold directly by the exchanges. But, it would not eliminate latency,” Gellasch said. “Structurally, the exchanges would still have a temporal advantage over third-party data providers. Traders who want the data the fastest are still going to have to buy it directly from the exchange.”

Data wars pitting brokers against exchanges have been a long-simmering industry saga that boils to the surface in conference panel discussions and comment letters. In short, brokers say the SIP is hopelessly antiquated and unusable, and the price of exchange data feeds is onerous; exchanges say data prices fairly reflect their own high costs, and brokers and traders have choice in data products. 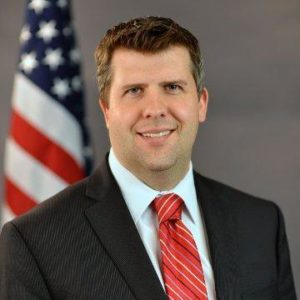 The SEC, which noted it hasn’t “significantly updated” its data rules since the late 1970s, is taking a two-pronged approach to fix things: upgrading the National Market Structure (NMS) data as disseminated via the SIP, and decentralizing the SIP function to allow for competing data consolidators.

“As a buy-side firm and fiduciary, it is important to us that our broker-dealers have the fastest and deepest possible information for a full and accurate view of the market,” Kinak said. “Practically speaking, however, broker-dealers do not have the option to forego buying proprietary data because the lower-priced information provided by the SIPs is not as expansive and the SIP feeds are slower.”

“The SEC proposals attempt to address the product and performance differentials between the SIPs and proprietary data feeds,” Kinak continued. “Additionally, broadening the SIP’s operating committee representation by including non-SRO members will encourage additional competition and transparency within the market data framework.”

Trading-technology provider Clearpool Group has been vocal about the need for a rethink of the market’s data infrastructure, especially regarding shortcomings of the SIP and a lack of transparency overall. Clearpool CEO Joe Wald said the SEC proposal means the dialogue around data is now out in the open, “out of the hallway and into everybody’s living room.”

“The SEC proposal is a bold step forward — it’s not perfect, but it’s a start,” Wald said. “We do see challenges. Does the potential for conflict of interest still exist with respect to how this plan is controlled? Taking a look at the governance model, will it work with respect to how votes are split? We welcome the involvement of participants other than SROs, but is this the right model to effect change, or does this create a potential for deadlock?”

For their part, exchange operators recognize that data-infrastructure evolution is inevitable, and they have been active voices in the debate. Nasdaq last year proposed SIP reforms that would create more efficiency, choice, and industry participation in the data utility, and the firm also increased information disclosure around its market data revenues.

Regarding the SEC’s Feb. 14 proposal, a NYSE spokesperson told Markets Media: “NYSE supports enhancing the current system for consolidated market data, and the proposal shares many elements with NYSE’s recent comment letter calling for SEC rulemaking to expand its content and modernize its delivery.”

The SEC’s first swing at data-infrastructure modernization was a reasonable one, market participants say — it didn’t make the green, but neither was it a slice into the woods. Next up is a 60-day comment period likely followed by a second swing in the form of an updated iteration of the proposal.

“Ultimately, the main question that needs to be answered is whether the SIP will be a viable alternative” to exchange data feeds, Clearpool’s Wald said. “Will it be accepted by market participants for best execution, and will it be accepted for use from a regulatory perspective?”