The regulator noted that the filings for NYSE Arca’s Proshare and Direxion families of ETFs as well as Cboe BZX’s GraniteShare ETF family suffered from the same deficiencies: The exchanges did not have the proper rules in place to “prevent fraudulent and manipulative acts and practices” as required by Section 6(b)(5) of The Exchange Act.

Each exchange operator planned to rely on their trade-surveillance programs as well as share surveillance information with the CME and the Cboe Futures Exchange, which began listing bitcoin futures in late 2017.

Even with the shared surveillance, the Commission found that this was no evidence in each filing that the CME’s and CFE’s bitcoin futures markets are markets of significant size.

Since the inception of bitcoin futures through to August 10, the notional trading volume on the CME and CFE has been 14,185 and 5,184 bitcoins respectively, according to the authors of the decision.

“While the future contract data is readily available, meaningful analysis of their respective markets is challenging because reliable data about the spot market, including its overall size, is unavailable,” they wrote.

Some industry watchers see Commission’s triple decision as the final words on bitcoin ETFs for now. 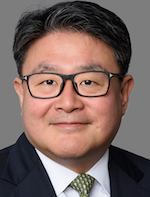 “Unless and until there is more regulation in place, it seems that the ETFs are pretty much based on what I have been reading,” Huhnsik Chung, a partner with the law practice Stroock & Stroock & Lavan, told Markets Media. “There is so much opaqueness in the US that the market cannot evolve in its current state.”

If US market regulators and the Internal Revenue Service do not start providing greater clarity regarding taxations and initial coin offerings, Chung expects that more capital will move to jurisdictions with friendlier digital asset regulations.

However, others take the recent setback for bitcoin-based ETFs as a part of the Commission’s iterative process. 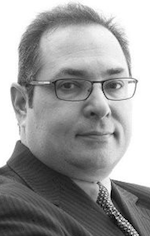 The regulators have some internal concerns regarding price manipulation and a few other issues, said Craig Borysowich, digital platform strategist at Capco. “Yet, the list of problems shrinks every time that they go through and ties things up. It might be that they need time for the cryptocurrencies to establish a larger, wider market within the futures space than we see today.”

In the meantime, the Commission still has until September 30 to decide whether to approve Cboe Global Market’s filing to list the VanEck family of bitcoin ETFs.

“There is something that they need to consider further to delay that decision,” said Borysowich. “It would be interesting to know why it was not kicked back with the rest of them. I assume that they are going to wind up declining that one as well.”