Boards of listed companies are already discussing the possibility of issuing security tokens according to Henry James, deputy chief executive and co-founder of Fincross International, a new digital and fintech investment bank.

Fincross was launched to bridge the token economy and traditional assets for institutions and is led by Eddy Abramo, former chief executive of the Middle East and Africa at French bank Société Générale. 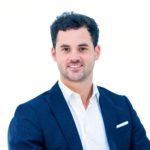 James told Markets Media: “The security token market will dwarf the cryptocurrency market. They can represent fractional ownership of illiquid assets such real estate or art and so are more stable and easier to value for investors than cryptocurrencies.”

He explained that tokens can be issued on a distributed ledger but can attract institutional investors because an offering is regulated like a normal security, such as in an initial public offering for equities.

“A security token offering (STO) is more competitively priced than an equities issue and are being discussed at the board level of four companies in the French CAC 40 index,” added James.

He highlighted that the St Regis Hotel in Aspen raised $18m from accredited investors in an STO in the US last year. Fincross plans to hold its own token sale this year.

James continued that obstacles to market growth are lack of regulatory clarity, as tokenized assets have no borders, and the lack of infrastructure for secondary trading.

Consultancy Aite Group agreed in its report, Top 10 Trends in Institutional Securities & Investments, 2019: More M&A Ahead, that security tokens are becoming increasingly popular. Gabriel Wang, analyst at Aite, said in a webcast to discuss the report that in theory, any fiat assets can be tokenized with increased transparency, enhanced liquidity, and reduced transaction costs.

“Aite Group expects to see a growing number of firms (including some of the incumbent Wall Street firms) starting to offer security tokens as part of their blockchain innovation in 2019,” he added. “Global exchanges can also work with blockchain startups to develop security token products that can be listed on the exchanges, and build out dedicated trading platforms. “

One of the main hurdles holding back the institutional trading of cryptocurrencies is the lack of trusted custody solutions according to a survey from GreySpark Partners last year. The consultancy said in a report “The market is waiting for big houses such as State Street and Northern Trust to take on this role. Difficulties in accessing liquidity or finding capital-efficient instruments for short or hedge positions is also an issue.”

Fincross intends to launch a digital asset custody service in April this year.

James explained that insurance costs for digital assets can be  prohibitive but Fincross will launch its service in partnership with a German insurance company, who will hold one of the four private keys required to access the assets. James said: “The cost will come down to less than 1%.”

This week GMEX, a provider of multi-asset exchange and post-trade business and technology solutions, also announced it has launched ForumCustody and ForumWallet, part of the GMEX Fusion product suite to include digital custodian and vault capabilities.

Announcing the official launch of ForumCustody and ForumWallet, as part of our #GMEX Fusion suite, to include #Digital #Custodian and Vault capabilities for our clients.

GMEX said the service can be deployed by an exchange or third-party custodians linking to their internal cryptocurrency and digital asset storage; or by external third-party providers looking to provide wallet sub-systems. All wallets are created automatically and managed by the ForumWallet subsystem and are never deleted. Wallet keys and key backups are stored with strong encryption including configurable periodic key rotation. 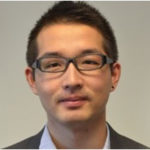 “Aite Group expects more traditional custodians to enter this space in 2019 as an increasing number of institutional market participants ask for similar services and regulatory uncertainty gradually clears up,” added Wang. “In addition to the emergence of crypto-asset custodial solutions, global exchanges, incumbent technology vendors, and cryptocurrency startups have been building out market connectivity, market data products, and trading platforms that will pave the way for further institutional participation.”

Many firms are entering the digital asset space and James argued that Fincross is not a traditional business which is trying to plug in crypto but building infrastructure and services from the start.

For example, Aite noted that last year ICE, the US exchange operator, announced it would be launching Bakkt, a global platform and ecosystem for digital assets. Citigroup has also started developing a mechanism to allow clients to trade custodian-held cryptocurrencies. In addition Nasdaq has partnered with asset manager VanEck to develop a regulated cryptocurrency futures contract.

James said: “We have created our own distributed ledger which is transparent and optimised for banks and financial services so Fincross clients can transact with instant settlement on a peer-to-peer basis.”

He continued that Fincross has a pipeline of clients including hedge funds, crypto firms, family offices and private banks.

“We will open a branch in the US this summer and be regulated by the Securities and Exchange Commission,” James added.

Fincross has a traditional investment banking license from the  Financial Services Commission of Mauritius and has Ernst & Young on its advisory board. The firm’s head office is in Abu Dhabi.

James said Fincross aims to be serving clients in 12 months and to have a 3% market share of cryptocurrency custody by the end of 2020. He said: “We will prove ourselves over the next 18 months.”

Aite note that although cryptocurrencies had lackluster year in 2018, incumbent financial institutions and technology vendors have continued to quietly build out infrastructures to provide trading, custody, and other services to support institutional investors.

James said: “Cryptocurrency has been through a number of boom cycles and last year’s sell-off was a much needed correction. I do not expect to a see a rebound in 2019.”