Seeking an RX for Corporate Bonds

The corporate bond market, if not broken, is in a state of disrepair. Liquidity that was once in ample supply by dealers has evaporated, and finding the other side of a trade has become akin to flying a plane without a navigation system.

In recent months, the market’s issues have been publicly highlighted by organizations as influential as BlackRock and the U.S. Securities and Exchange Commission.

With challenges come opportunities for the firms who are attempting to match buyers and sellers.

Analysis of TRACE data by ITG shows that on average, the was the potential for natural cross to be conducted on an agency (i.e., riskless principal basis) through an electronic platform such as ITG’s newly launched Posit FI in about 25% of dealer-facilitated trades.

“The data suggests there are crossable opportunities, so this is a market that is being unnaturally ‘dealerized’,” Jamie Selway, managing director and head of electronic brokerage at ITG, said at a Nov. 18 briefing. “There are matchable opportunities we can create.”

Crossing opportunities have steady increased over the past few years as the fixed-income market slowly shifts toward an agency model. The average size of such crossable opportunities was $1.7 million, with an average spread of 26 cents. 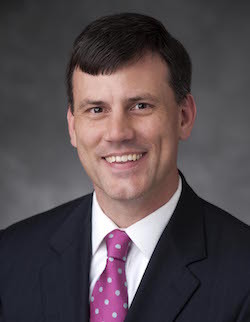 Hence, the buy side is paying on average $4,200 for execution on what is essentially a riskless principal transaction. “All told, if you add the agency and you add the implicit riskless principal transactions, you are talking about nearly a third of the current ADV has started to morph into an agency model, and we believe that trend is going to continue for a long time,” said Frank DiMarco, director of electronic brokerage at ITG.

Posit FI builds on ITG’s Posit dark pool for equities, and provides both continuous and point-in-time, or session-based trading. Posit FI will use ITG’s bond pricing engine to construct a synthetic bid-offer for over 14,000 U.S. corporate issues, including both investment grade and high yield, using both quotes and actual prices. Customers can rest or take liquidity using via the NYSE Bonds venue, with additional venues to be added in coming months, the company said.

“The way to think about this really is in terms of our two core protocols,” said Selway. “The point-in-time matching that the organization is historically known for, is one dimension of it. That came about in 1987. The continuous crossing element of it came later, about 2006.”

It’s a calculated effort to bridge the divide between single-dealer and other RFQ platforms, on the one hand, and order book platforms such as MarketAxess Market Lists, Knight BondPoint and MTS Bonds.com.

“Up until 18 months ago, the auction market was a complete green field, DiMarco said. “That’s the space where we want to play. What’s important is what we’ve seen in the equity markets is just starting to happen in fixed income: it’s the organization that can work across platforms, whether it’s limit order books or the RFQ models that will ultimately be successful.”

He added, “The organization that wants to view their pooled liquidity as the end-all, be-all, they may or may not survive the long haul. Much of what we’re doing is designed around inter-operating with the various platforms that are up here today.”