Last week, a central tenet of Dodd-Frank regulation took effect: February 18th marked the first day that select swaps were required by law to be traded on swap execution facilities.

More than $1.2 trillion in cross-asset volume has been executed on Bloomberg’s SEF since its October launch. Over 600 global firms have signed on to the platform and all the major liquidity providers are contributing liquidity. Bloomberg was first to register and first to receive provisional approval to operate a SEF from the Commodity Futures Trading Commission.

“There are certain efficiencies with a sponsored access model,” said Ben Macdonald, president of Bloomberg SEF LLC. “It offers buy-side firms with added trading flexibility and another option for accessing Bloomberg’s SEF.” 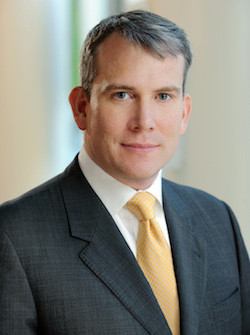 “Certain clients asked for this functionality, but ultimately we’re agnostic to how firms access our SEF,” Macdonald said. “We will continue to support how our clients want to trade on the platform to help ease their transition to SEF trading.”

John Dabbs, head of Credit Suisse’s US Futures Commission Merchant Group, said: “Credit Suisse is pleased to provide our mutual clients the benefit of sponsored access through this partnership with Bloomberg’s SEF. Many clients are planning to utilize this structure to prepare for next week’s made-available-for-trading deadline, following NISA as the first to trade cleared swaps through this framework.”

Around 25 SEF licenses were granted by the CFTC. However, trading data from October 2 suggest volume has been concentrated in interest rate swaps (IRS) around 4 key IDB platforms, as well as Bloomberg, according to Barclays analyst Daniel Garrod.

In notional terms to date, Icap’s iSwaps SEF has reported $6.7 trillion of IRS in 19 weeks. tpSEF (Tullett Prebon), the next largest competitor, has reported roughly half that amount at
$3.3t trillion.

This is a drop off from the initial market share dominance of IRS which Icap showed, said Garrod, He added there has been some criticism of inconsistency between how certain SEFs report trades with multiple legs. This could also account for some of the recent large swings in market share but equally this could just reflect the immaturity of this market.

“We will see differences in the reporting of volumes of trades reported by some of the more D2C-focused SEFs,” said Peter Best, chief operating officer of Icap’s SEF. “For Icap, it’s a trigger point to move many of our voice execution brokers into the SEF. We will see more execution taking place inside the SEF. That may be slower than anticipated because of the no-action relief on packaged transactions.”

The Commodity Futures Trading Commission has issued a no-action letter providing relief until May 15, 2014 from mandatory trading of certain swaps executed as part of a “package transaction,” where at least one component is not subject to the trade execution requirement.

“The wholesale side of the market, which drives voice execution, are often traded as packages, so we are recalibrating how many brokers we actually move into the SEF,” Best said. “It’s a material shift in the way participants operate.”