Trading on swap execution facilities is beginning to gain traction in the third week of mandatory execution.

Weekly volumes for all USD Interest Rate Swaps in the five week period starting February 3, 2014, indicate a pronounced dip leading up to the February 17 MAT (made available to trade) date for interest-rate swaps, according to SDRView Researcher. However, the three weeks after the MAT date shows significant week on week increases (from $330 billion to $580 billion to $720 billion). Week 3 (March 3-7) had the highest volume of any week in 2014.

After a slow start, “we have seen a nice pickup from a broad, diverse group of participants,” said Doug Friedman, general counsel at Tradeweb, at the Futures Industry Association conference in Boca Raton, Florida on March 12.

“Granted mandatory clearing has been in-force much longer (9 months to 1 year),” said Amir Khwaja, CEO of Clarus Financial Technology, in a blog posting. However it does depend on the goal. Is it to move as much swap volume as possible to On SEF? Or is it to move the liquid flow products which are suitable for CLOBs [central limit order books]?”

Either way 33% is far from a majority of the volume. “So we expect to see more MAT determinations,” said Khwaja. “After all, if CCPs can risk manage all those swaps, surely SEFs can make markets in them.”

Clearing and execution are two different things, however. For one thing, buy side institutions can clear through a single clearing member of a CCP, whereas executing on multiple SEFs poses complex structural issues. 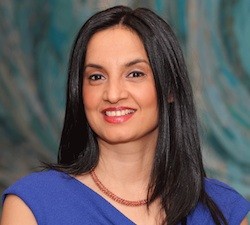 “Trading on SEFs is a big challenge for the buy side, as liquidity is now fragmented,” said Supurna VedBrat, co-head of electronic trading and market structure at BlackRock, at the FIA conference on March 12. “The buy side has essentially been left on its own in understanding the liquidity.”

Adoption and distribution are what’s needed most for SEFs to ramp up business, according to Paul Bauerschmidt, executive director and head of SEF at CME Group.

These are early days in the development of a multilateral OTC derivatives market, but there are clear signs of where the liquidity lies, and the advantage held by the incumbent platforms, according to research firm Celent.

Increasing transparency is expected to benefit the market as a whole, but it will also make it more difficult for buy-side firms to operate due to their fiduciary responsibilities for maintaining confidentiality of client trades. Best execution practices are also expected to change, and firms will increasingly decide where to trade, in terms of bilateral and multilateral OTC trading or exchange-based derivatives trading, on the basis of the desired portfolio combination, Celent said in a report.

“The move toward multilateral platforms is expected to increase competition and reduce the pricing and spreads involved in trading OTC derivatives,” says Anshuman Jaswal, senior analyst with Celent’s securities & investments group and author of the report. “However, we must remember that the cost of trading is expected to go up in the next few years as firms continue to deal with regulatory and infrastructural requirements.”