SEFs: A Tale of Two Protocols

Three months into the post-MAT [Made Available to Trade] era, derivatives users are becoming acclimated to trading on swap execution facilities and are looking to broaden the types of SEFs in which they participate.

“At the outset, it was about customers ‘SEF-tizing’ their workflows,” said Jim Toffey, global head of electronic markets at GFI Group, at a press briefing on Tuesday. “The buyside was used to working with the dealer-to-consumer [D2C] platforms– Bloomberg, MarketAxess and Tradeweb–and those were the ones they traded with on SEFs. As we enter the second half of the year, we will start to see market participants try other SEFs.”

GFI plans to onboard buyside customers onto its credit SEF in the next few weeks. GFI’s SEF, like those of the other interdealer broker SEFs, uses a central limit order book (CLOB), in contrast to the D2C SEFs, which utilize request for quotes (RFQs). 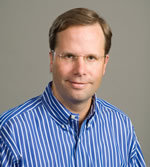 “The real story is RFQ versus CLOB,” Toffey said. “The broader market is two to three times bigger than the interdealer market. As we start to see market participants trade on our SEF and other CLOB-based SEFs, it will represent a pretty significant market shift as they get exposed to this new trading protocol. It’s all about the ability to trade using different protocols.”

CLOB is the predominant trading mechanism in financial markets, and is therefore one that buyside participants are familiar with. “CLOB offers more flexibility than just lifting the best offer in an auction model,” said Toffey.

GFI is in discussion with banks to act as sponsored access providers to its SEF. Toffey predicted that the SEF market will consolidate by next year, with those that are capable of trading multiple asset classes the likeliest to survive.

In Europe, GFI operates four multilateral trading facilities (MTFs), and is considering upgrading one or more of them to exchanges in preparation for mandatory clearing and execution requirements under Emir and MiFID II, said Matt Woodhams, head of e-commerce, EMEA at GFI Group. The company is also looking to organize its voice-based operations as an Organized Trading Facility, a new type of trading category created under MiFID II.

In Europe, mandatory clearing is expected by the end of this year under Emir. On January 14, agreement was reached between the European Commissioner for internal markets and services and the European Parliament on the new rules that will constitute MIFID II. The negotiations have moved to the European Securities and Markets Authority (ESMA), where the practical implementation of the rules will begin. This is estimated to finish in 2017.

As for trade reporting, which officially launched on February 12 of this year, it is “very much a work in progress,” said Woodhams. “In Europe, the reporting requirement is dual-sided, which means that counterparties can report to different trade repositories.” GFI has received UTIs, unique reference numbers which can be tagged to each transaction in order to avoid duplication.

The Commodity Futures Trading Commission has clarified the conditions that EU-regulated MTFS must fulfill in order be granted relief from SEF requirements for transactions involving U.S. persons. An MTF must report all swap transactions to a Commission-registered or provisionally-registered swap data repository as if it were a SEF. Qualifying MTFs must also submit monthly reports to CFTC staff summarizing levels of participation and volume by U.S. persons.

The CFTC is expected this week to issue guidance clarifying the definitions of U.S. and non-U.S. persons for the purpose of determining whether cross-border transactions fall under the SEF rules. The CFTC has issued temporary relief for “qualifying MTFs” from having to register as SEFs if they involve U.S. persons, but this relief is set to expire on May 15.