In a buyer’s market for trading services, providers in a crowded space need to be hyper-vigilant that their offerings truly add value for their institutional customers.

When the rubber hits the road, that value lies in optimizing a customer’s trading in a way that the customer wouldn’t be able to get from the next shop.

“Differentiation in execution is critical,” said James Blackburn, global head of equities product marketing at trading-technology provider Fidessa. “As a sell side, you need to embrace technology that’s going to add differentiation to your execution capabilities.”

For U.S. equities trading desks — ranging from the largest Wall Street banks, to regional mid-sized broker-dealers, all the way down to the smallest niche shops — the 2000s was a decade of a generally rising tide of robust volumes and heady ambitions. But the past half-decade brought a chill to the business in the form of tighter regulations and tepid volumes and volatility. 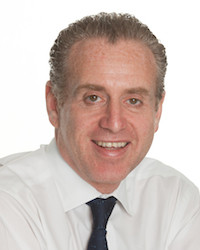 “The world is a very different place now, compared with 2009,” Blackburn told Markets Media. “We’re seeing a material shift in the way that the buy side and sell side engage with each other…We’re seeing clear signs from the buy side that they’re trimming their list of brokers, and they will only pay for the services that they truly value.”

Daily average volume for U.S. equities is down from as high as 10 billion to 12 billion shares per day in 2009-2010, to more like 5 billion to 6 billion currently, and there are no expectations for a quick rebound. The macro headwinds come as the buy side faces more demands from its end-investor customers and in turn raises the bar on its trading and technology providers.

A sell-side firm must align its offerings to what the buy side wants, while differentiating itself from competitors, according to Matt Samelson, chief executive officer and director of equities at consultancy Woodbine Associates. To do so, a broker first needs to systematically collect and evaluate data and information, rather than rely on anecdotal observations from its salesforce, as too many firms do.

“There’s really a lot of difference as to how the buy side looks at the performance of various brokers” compared with how brokers rate themselves, Samelson said. “That’s illustrative of the fact that some are better at differentiating, and some are just providing terrible service.”

Another mandate for the sell side is to scale back their business in line with market demand, rather than futilely attempt to compete with the Goldman Sachses and Morgan Stanleys of the world across all asset classes.

“A lot of brokers really haven’t come to grips with that,” Samelson said. “They need to look at their particular strengths and weaknesses, and identify who they want to serve and how they want to serve them. Until they do this, they’re going to be continually challenged.”

In a rapid-fire, highly complex electronic market, brokers must focus on identifying and addressing — immediately if not sooner — the orders that go awry, noted Fidessa’s Blackburn.

“Most of the time orders execute according to plan, but the real value is in identifying the ones that don’t,” Blackburn explained. “What you can’t afford is for the buy side to call you up at the end of the day and say, ‘What on earth happened?’ and for you to say, ‘I didn’t see it’ or ‘I didn’t monitor it.’.”

“The traditional TCA tools that are out there mark your homework the day after you hand it in, and that’s too late,” Blackburn said. “We say if you know at the time that something is going wrong, it gives you an opportunity to put it right.”