SFTR Industry Testing Due To Start

Industry-wide testing of the European Union’s incoming Securities Financing Transactions Regulation is due to start, although the schemas to send data to the trade repositories are not yet available. 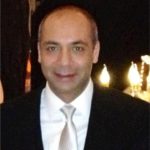 Sunil Daswani, senior securities lending & repo consultant at MarketAxess’ reporting subsidiary Trax, told Markets Media: “Industry-wide testing of 100 scripts, which cover all the necessary scenarios, is due to start now. Clients really want to test bilaterally with their counterparties, which should happen in January on Marketaxess platforms and will be a significant step forward.”

Daswani continued that Trax has six of the top 10 securities lenders/asset managers on its platform and two have committed to full testing so far.

The first phase of SFTR goes live in April next year and requires all securities financing transactions including repos, securities lending and margin lending trades, to be reported to an authorised trade repository the day after a trade using a unique transaction identifier. The data, consisting of approximately 150 fields, should allow supervisors to monitor market developments such as the build-up of leverage in the financial system. In addition, there are new disclosure obligations and collateral reuse obligations.

Daswani added there is a vast mix of how ready people are for SFTR. “The regulation’s impact will depend on whether the firm participates in securities lending, repo or margin financing as a prime broker,” he said.

Firms going live in Phase I will be mainly sell side organisations, who have the heaviest volumes, with some firms reporting millions of transactions each day according to Daswani.

“One major issue is that the schemas to send data to the trade repositories was incorrect and new schemas will only now be published later this month,” he added.

The European Securities and Markets Authority needs to make corrections to allow full end-to-end testing with reporting to the trade repositories. However, the market has been preparing for SFTR.

“We have seen a large growth in the use of Trax Match for pre-matching repos,” said Daswani. “We are uplifting most of the core-match fields to meet SFTR requirements.”

A Trax survey with Finadium in the summer found that one third of firms were between 0% and 25% prepared; one third were between 25% and 50% prepared and the final third between 50% and 75%.

Our recent survey with @Finadium shows that many firms are still in the early stages of preparation for #SFTR. If you haven't yet started planning, now is the time to begin! Read more here: https://t.co/setHpkrW2N #Compliance #regulation

“There has been progress since then,” Daswani said.

In addition there has been an increase in electronic trading, which allows straight-through processing and more efficient reporting.

“We believe Equilend has seen a shift to on-venue trading away from over-the-counter trading as volumes and automation have grown,” he added.

Trax announced a collaboration with EquiLend, the securities finance trading, post-trade and market data provider, in 2017 to provide straight-through SFTR reporting as the largest market participants use EquiLend as a trading venue. 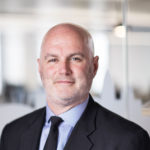 Mark Byrne, vice president, post trade at EquiLend, said in a blog in September that the firm had released  the first phase of updates to the user interface screens.

“As the levels of transparency increase, clients are beginning to focus on future-state operating models, supported by our client services team, on-boarding experts and post-trade product specialists,” wrote Byrne. “We continue to work with our client base to provide innovative solutions to the challenge of data aggregation from multiple in-house systems and focus on driving up straight-through processing rates through increased automation and machine learning.”