SFTR Testing To Intensify Next Month

The industry should be focusing on preparations for the introduction of the European Union’s Securities Financing Transactions Regulation in April.

The European Securities and Markets this month issued its final guidelines on SFTR reporting, validation rules and a statement on legal entity identifiers.

Val Wotton, managing director of product development and strategy, derivatives and collateral management at DTCC, told Markets Media: “Esma did a really good job and listened to market feedback. The industry should be focusing on preparations for the go-live now.”

He added there is only a small amount that requires further clarification from the regulator, mainly related to collateral and valuation.

DTCC launched a test environment for vendors last August  and some large banks voluntarily chose to take part at that time. The wider DTCC testing environment opened for clients in October last year and connectivity testing has been completed. 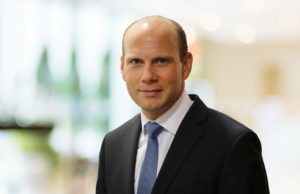 “We have updated the test environment with regulatory releases,” added Wotton. “A diverse range of clients are already testing and we expect the activity to intensify in February.”

The data, consisting of approximately 150 fields, should allow supervisors to monitor market developments such as the build-up of leverage in the financial system. In addition, there are new disclosure obligations and collateral reuse obligations.

DTCC’s CTM platform allows the economics of a repo trade to be matched. He said this can be combined with DTCC’s Alert platform, a golden source for industry settlement instructions, which enriches the confirmation with the relevant place of settlement and SSI detail, leading to a more robust trade or pre-settlement match.

In addition to SFTR, the European Union is introducing the Central Securities Depository Regulation this year. CSDR imposes penalties for settlement failures for certain transactions, which could prove costly.

“Firms that have looked at the regulations holistically have been improving efficiency from the front to back office, which also helps them to prepare for the upcoming settlement discipline regime (SDR) under CSDR,” Wotton. “The SDR buy-in requirement has focussed minds on driving down settlement failures.”

For example, repo transactions had historically been confirmed manually and automation has been developed due to the regulatory push.

Impact on the buy side

Timothy Keady, head of DTCC Solutions and chief client officer at DTCC, said in a blog that the tsunami of regulations is challenging traditional buy-side operating models and introducing new costs and regulatory reporting requirements.

In addition to SFTR and CSDR, the next phase of the uncleared margin rules comes into force in September this year. More buy-side firms will be covered by the regulation and have to exchange margin on uncleared derivatives contracts for the first time.

New regulations, like #CSDR, #SFTR and #UMR phase 5, are multiplying challenges for the buy-side. I've written about the domino effect: https://t.co/9yHtnCNYOl

Keady wrote that many buy-side firms are expected to make securities lending a key element of their liquidity management strategies to offset the operational and funding costs of the uncleared margin rules.

“However, this reliance on securities lending will increase reporting obligations under SFTR and could have an adverse effect as firms look to mitigate settlement risk under CSDR,” Keady added. “This illustrates the compounding impact of these multiple regulations and reinforces the law of unintended consequences.”

He continued that asset managers need to upgrade in-house systems or overhaul legacy platforms to meet their regulatory requirements and service clients efficiently.

“Increasingly, many buy-side firms are instead looking to outsource some compliance functions to third parties to avoid the investment needed to modernize their infrastructure,” said Keady. “One client told me that with regulation moving so quickly, it’s more cost-effective to have a vendor take on the responsibility of implementing constant technology revisions.”

He expect this trend to persist as regulatory change continues.