The Securities Information Processor (SIP), the primary mechanism for distributing quotations on the U.S. public equity markets, has been a focal point for market structure discussions since last year’s SIP outage experienced by Nasdaq, following which numerous market participants have called for radical changes in the way SIP data gets disseminated as well as the way the SIP itself is operated.

“The amount of money invested in the SIP has been limited because it’s a job no one wants to do,” Dr. Jock Percy, CEO of Perseus Telecom, told Markets Media. “The SEC needs to fund it itself and take it out of fees charged to the marketplace, and make it as viable and progressive as the rest of the electronic marketplace.”

The SIP was created to be the central, consolidated live stream and aggregator of every exchange’s best quotes (bids and offers). Exchanges are prohibited by law from sending their quotes and trades to direct feeds before sending them to the SIP. 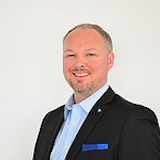 “The idea behind the SIP was to create a National Market System where investors and professionals would have access to real time price information,” according to a posting by the Modern Markets Initiative, an HFT advocacy group. “This was when access to real time quote information was difficult to come by, unlike today’s markets. So, whether or not the SIP has outlived its usefulness is a question worth asking.”

Sifma, the trade association for the securities industry, subsequently issued recommendations for improving the SIP, such as including depth of book data in addition to the NBBO, and making SIP operations more transparent.

Improving the governance of the SIPs is particularly important because of the conflicts of interest inherent in the SIP operations, said Sifma, noting that the SIPs are operated by exchanges that also offer competing data products. Sifma called for a review to evaluate whether SIP operators should be permitted to operate competing data product offerings.

Regulation National Market Structure (NMS) is also ripe for overhaul, said Percy. In particular, locked markets should be permitted. “Reg NMS needs review. It’s not working anymore,” he said. “Locked markets should be allowed. If you have the same bid offer spreads but have different economics based on operator efficiencies that is good for the markets in general. It fosters competition and ensures that there is no silly arbitrage.”

Dark pools are a direct consequence of Reg NMS, which boosted automated trading but also made it more difficult for institutions to trade block-size orders profitably. “I don’t begrudge dark pool operators for trying to work around these issues, but the reality is that in U.S. equity markets there is a lot of crossing of liquidity that takes place in dark pools that flows there because of these pre-existing problems,” Percy added. “That has led to some actions that are not positive for the market.”