The Operating Committees of the Securities Information Processors (SIPs) have elected Bob Books to serve as chair.

Mr. Books has extensive experience with the SIPs, having been an active participant in committee matters over the past eight years and the head of a number of subcommittees and working groups. He succeeds NYSE Chicago’s Emily Kasparov, who served as chair for four years. 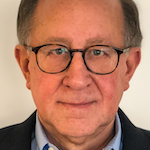 “The SIPs have made meaningful performance improvements, and I view my new role as an opportunity to continue that work,” said Books. “In the last few years, the SIPs have dramatically reduced latency for the CTA and UTP quote and trade feeds. We continue to work on reducing those numbers further, as we also focus on keeping uptime at 100 percent.”

When asked about his takeaways from Ms. Kasparov’s time as committee chair, Mr. Books responded, “Emily was committed to two major goals: streamlining processes to allow the SIPs to implement new initiatives swiftly and working toward increased transparency. I plan to continue on both those fronts.”

“During her term, we vastly expanded the number of Advisory Committee members, from five to 11, which enabled us to hear more feedback from a wider range of market participants,” he said. “We also released a detailed summary of the revenue allocation formula and, since March of last year, we have been posting quarterly performance metrics and revenue reports. These are all important steps that have increased transparency.”

“The Operating Committees of the SIPs are in great shape with Bob Books at the helm,” commented Ms. Kasparov. “Bob is a highly respected industry veteran who knows market structure exceptionally well. He has already contributed a great deal to the SIPs.”

With extensive experience in equities and exchange trading, Mr. Books also held roles at Bridge Information Systems, where he oversaw the design and implementation of a pioneering institutional broker-neutral equity order routing system. His career began at the American Stock Exchange in 1975, where Mr. Books worked on trading floor automation projects.