Solving the custody issue for digital assets will be critical for developing the new market according to Valerio Roncone, head product management and development at SIX Securities Services, the Swiss financial infrastructure provider.

Roncone gave the keynote speech at a workshop held by the Association of Futures Markets and GMEX Group, the exchange technology provider, in London today which explored how new technologies have been used across the financial industry.

Roncone gave an overview of how custody works in traditional markets and noted the importance of central securities depositories, whose records act as the “single source of truth”.

“Secure and stable custody is core to financial market infrastructure,” he added. “It is comparable to having clean fresh water at home – you don’t think about it until it is not available.”

Roncone continued there is not much stability in the current digital asset ecosystem which more than 1,800 cryptocurrencies trading on 185 venues, which are mostly unregulated, with opaque structures and a tenuous link to real money.

“The Swiss regulator will want the same level of investor protection for digital assets,” he said. “However I am confident that the issue will be solved by regulators.”

SIX spent two and a half years experimenting with distributed ledger technology. Roncone said the firm found that DLT was unnecessary for trading but very important to improve efficiency in post-trade. He continued there are two competing custody models which are possible for the digital asset ecosystem which is developing – either CSDs will be at the core of new networks or the DLT ecosystem will be fully decentralised.

“At SIX we are taking steps towards the fully decentralised model,” added Roncone. “The digital model will run in parallel with what we have today.”

Switzerland’s stock exchange, owned and managed by SIX, said in June that it is building a fully integrated trading, settlement and custody infrastructure for digital assets using DLT. Roncone added that technology providers will be chosen at the end of October.

The exchange said it will be the first market infrastructure in the world to offer a fully integrated end to end trading, settlement and custody service for digital assets, provide a safe environment for issuing and trading digital assets, and enable the tokenization of existing securities and non-bankable assets . 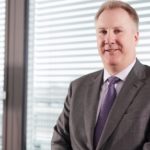 Thomas Zeeb, head securities & exchanges at SIX, said in a statement:  “The challenge is less in the trading of assets but rather in the custody and asset servicing, including asset safety. Do you adopt a model with many sub-custodians, including inefficient interfaces and with inherent risks, or do you go with a recognised and regulated infrastructure provider who provides all steps of the chain in an integrated and secure model?”

The first services are due be rolled out in the middle of next year.

Roncone said: “We are ramping up the team and engaging with regulators and confident that we will be ready. Our clear aim is to support the growth of the ecosystem for digital assets.”

The importance of trusted custody solutions for digital assets was also highlighted in a recent survey from consultancy GreySpark Partners. The report, Charting the growth of cryptocurrencies, said the market is waiting for big houses such as State Street and Northern Trust to take on this role. 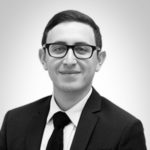 William Benattar, head of fintech at GreySpark Partners, said in an email to Markets Media regarding the custody issue: “All institutions, not matter the type have one thing in common: no one is ready, no one is even near to be ready but yet, in an attempt to get the first mover advantage a few institutions are going public claiming that they are operational.”

Benattar added that traditional custodians need to follow customers and adding digital assets will become necessary to prevent clients moving to a different service provider. For exchanges, the combination of a digital assets platform and custody services makes sense as it provides customers with end-to-end services.

“The trade life-cycle is fully covered (clearing, settlement and custody, in some instances fiat to crypto conversion is also supported),” he added.

Deutsche Börse has also created a distributed ledger technology, crypto assets and new market structures unit as it expects the digital economy to be more decentralised. Another German exchange operator, Boerse Stuttgart Group, is aiming to create an end-to-end infrastructure for digital assets.

In the US, Intercontinental Exchange has launched Bakkt, a new company which will use Microsoft cloud solutions to create an open and regulated global ecosystem for digital assets. The Bakkt ecosystem is slated to include federally regulated markets and warehousing along with merchant and consumer applications in the digital asset marketplace, which it estimates at $270bn (€232bn).

Benattar said: “Bakkt is a game-changer. It shows how investment in digital assets can be institutionalised and paves the way for large financial institutions to join in.”