Skeptics to Blockchain: Show Me

There’s lots of sizzle around blockchain, but some skeptics aren’t convinced about the steak. 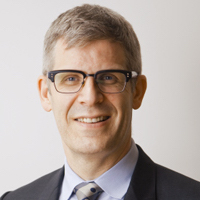 Blockchain, which underlies the virtual currency bitcoin, is a distributed ledger that holds transaction records and is shared by a network, rather than being held centrally. Once a transaction is agreed blockchain allows simultaneous exchanges of payments and assets between market participants which are recorded in the ledger for the whole network to see. The exchange will create a private network where participants will be given permission to join, as they are when they connect to Chess.

Hiom said on a panel at the FIA IDX international derivatives conference in London yesterday that the exchange is building a test system using blockchain and a decision will be made late next year. “Blockchain has a lot to prove in its performance,” he added.

Earlier this week at IDX, IntercontinentalExchange Chief Executive Jeff Specher said it remains to be seen if blockchain can make markets more efficient.

Blockchain has the potential to create a single source of truth, reducing the need for multiple reconciliations, create an immutable record and a perfect audit trail.

“It could automate the whole process between investors and listed companies,” said Hiom. “For example, there is no reason for dividends to be paid eight days after a record date. Blockchain will improve efficiency, bring cost savings and lower barriers to innovation in providing services to listed companies.”

Sandra Ro, executive director, digitalization at CME Group said on the panel that the US derivatives exchange has looked at a number of blockchain concepts and collaborations. “They need to understand the regulatory nature of the finance business as it is not like music or books,” she added.

In May the CME announced it will collaborate with Crypto Facilities, a digital assets trading platform, to develop two products to provide Bitcoin reference rates. In the fourth quarter of this year the exchange plans to launch CME CF Bitcoin Reference Rate, which will provide a final settlement price in US dollars at 4 pm London time on each trading day, and CME CF Bitcoin Real Time Index, which will allow users real-time access to bitcoin prices.

Ro said: “People need price discovery and the products have been well received by both the bitcoin community and foreign exchange players.”

She continued that distributed ledger technologies will provide new opportunities for custodians and central clearing counterparties. “They could provide validation or attestation that digital assets are valid and arbitration in the event of disputes,” she added.

Hiom said CCPs and custodians are providing services today which will not be required when using blockchain but some services, such as the ability to net down risk, will remain valuable. He added: “It is not clear yet who will be Blockbuster and who will be Netflix.”

Colin Platt, co-founder of DPactum,  which is developing smart contract and distributed ledger technologies to clear and manage exchange-traded financial derivatives, said the technologies are very good at performing operations efficiently. Platt said: “We are not here to eat your lunch but we will eat your dessert.”