Michael Brakebill is fine letting other public-pension chief investment officers blaze trails in search of better risk-adjusted return — and take on the attendant risk that it won’t work out.

“We are undeniably a laggard on innovation,” said Brakebill, CIO of Tennessee Consolidated Retirement System. “We try to take the good ideas other people have done and vetted over a long period of time, and implement them in what we do.” 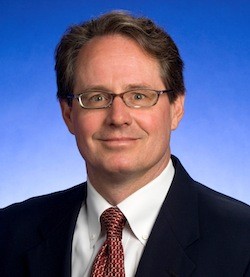 That means mostly watching as some other state pensions try to goose returns by restructuring alternative investments such as hedge funds and private equity, trading more derivatives, or investing in lower-rated bonds.

“We manage a conservative portfolio,” Brakebill told Markets Media in a May 8 interview from his office in downtown Nashville, located a half mile from the Country Music Hall of Fame. “We have significantly less equity risk overall than peers — our lower-risk posture is a key hallmark of the fund.”